Programs to Get Fit after 65 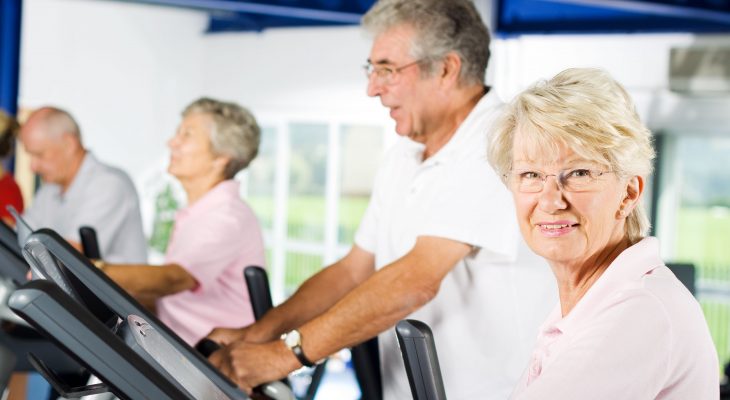 Programs to Get Fit after 65

America’s aging population is posing special challenges, fitness experts say, because it is difficult to design effective workout routines for people with such a wide range of abilities. Programs to Get Fit after 65
For one 70-year-old, the goal may be to run a marathon, for another it’s getting out of a chair.
“If you are teaching 10-year-olds, it’s perfectly reasonable to do an activity that everybody would participate in,” said Dr. Wojtek Chodzko-Zajko, an expert on aging with the American College of Sports Medicine. “But 20 80-year-olds could be as different as chalk and cheese.”
Some baby boomer could be athletic, he explained, while others would be unable to get out of bed.
There are now more Americans age 65 and older than at any other time in U.S. history, according to Census Bureau figures. Some 40 million people age 65 and over lived in the United States in 2010, accounting for 13 percent of the total population. The older population grew from 3 million in 1900 to 40 million in 2010.
Older adults should be doing aerobic activity to help maintain body weight, strengthening exercises to develop and maintain muscle mass, and some type of flexibility training, according to Dr. James Graves, Dean of the College of Health at the University of Utah.
Physical activity can reduce the risk of diseases such as diabetes, hypertension and osteoporosis, he said, as well as improve the quality of life by maintaining functional capacity, such as the ability to climb stairs, open doors, and carry groceries.
“A very healthy 70-year-old can safely participate in high-intensity activity while a frail 60-year-old needs to lower the intensity,” said Graves. “My recommendation is to work with a personal trainer or group leader who has knowledge and qualifications to work with the elderly.”
Mary Ann Wilson is the creator and host of the “Sit and Be Fit,” a senior fitness program that has aired on U.S. public television since 1987.
The majority of her viewers are women over 65. For that population, she said, the goal of exercise is health and well-being, not physical prowess.
“Gravity has been working on them for 70 years,” said Wilson, a registered nurse who specialized in geriatrics. “Gravity is not our friend after many years of pulling our heads, shoulders and upper torsos forward and down.”
The 30-minute class includes warm-up, circulation and strength segments, a finger segment (for stiffness), standing for balance, and final relaxation.
Posture, breathing, balance, cognitive functioning and reaction time are among the most important — and neglected — components of elder fitness, she said.
“Focusing on gait is really important because as we age our gait changes,” said Wilson.
Karen Peterson, author of “Move with Balance: Healthy Aging Activities for Brain and Body,” stresses a mind-body approach in workouts with seniors.
“In our society it seems people don’t really like to do things unless they’re good at it already,” said Peterson, a kinesiologist based in Maui. “But what the brain likes is to be challenged.”
Her exercises include tossing a bean bag to improve reaction time, walking a figure-eight pattern for balance, as well as eye stretches, jaw relaxers, childhood games and cognitive challenges to keep body and mind alert.
“We take balance exercises and add conversation or math problems,” she said. “The concept is to always progress, always get more challenging.”
To tackle the isolation and diversity of the older population, Peterson initiated a mentoring program in which the fitter seniors work with the frailer.
“Some partners will become friends,” she said. “They’ll get really turned on.”
Experts agree that it’s never too late to do something. “Exercise is effective even in the most frail individual,” Wilson said. “If they can wiggle their toes, they can exercise.”
NewsMax / Thomson/Reuters
Baby Boomers Fitness, exercise, Exercises for Seniors, fitness, Gym, Health, Senior Exercises, Senior Fitness
previous postBefore You Buy, Know Meaning Each Flower Type next postFewer Doctors Taking Medicare Patients