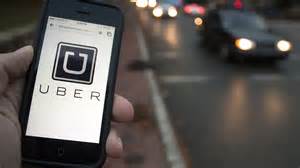 There are many innovative smartphone apps out there, but perhaps one of the most popular is Uber. For those who are unfamiliar with this app, Uber immediately connects you to an Uber driver who takes you to your destination within minutes. Talk about convenience! U
ber for Elders
Even though the use of this app is most popular among young Millennials, Uber use among seniors has steadily increased over the past few years according to an article published in Forbes (written by an Uber driver himself).

A Great Option for Seniors

You may have heard the stereotype that seniors simply refuse to adapt to new technology, but this doesn’t seem to be the case as Uber is becoming viral among members of this age group. Although it may seem odd, Uber is an affordable option for seniors to regain their independence, especially for those who no longer feel comfortable behind the wheel.  Seniors typically rely on family members or neighbors to drive them places, but this may not be an option for many since 22 percent of baby boomers are expected to become elder orphans with limited access to transportation. Already seniors who are unable to drive miss 15 percent of medical appointments. Luckily with Uber, all seniors have the opportunity to get a ride, whether it’s to a grocery store, doctor’s appointment or a get-together with friends or family. According to one Uber driver, seniors make up 40 percent of her clients, one of whom was a 93-year-old man who said, “I can go wherever I want – the road is endless with Uber.

The Benefits (And Some Drawbacks) of Uber
There are several reasons why Uber has increased in popularity among Millennials and seniors alike including:

Despite these benefits, below are two of the biggest reasons why seniors are hesitant to use this app:

These are all legitimate concerns, but they may disappear in the near future. Uber recently participated in the White House Conference on Aging where they announced that Uber will begin a trial program for senior outreach. This community-based program includes free tutorials and rides at previously determined senior centers and retirement communities.

Watch the video below to get a better idea of how Uber is increasing mobility options for the 26 million older adults who rely on others for mobility.