Why Working in Retirement Is a Smart Move 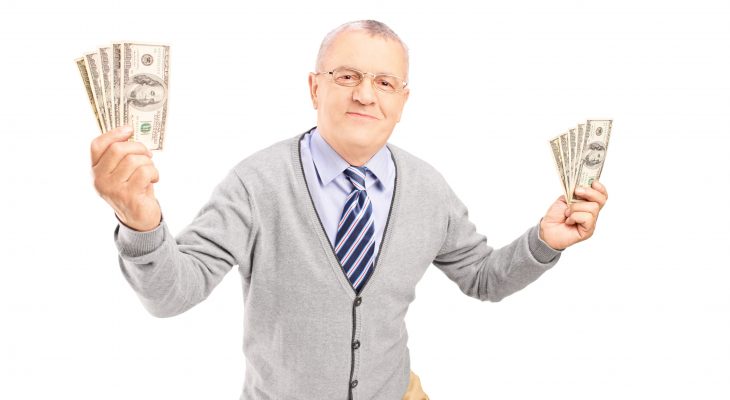 Why Working in Retirement Is a Smart Move
And not just financially!

For some people, retirement means exotic travel, days on the golf course, and nights spent feasting on early bird specials galore. But for others, it means busting out a computer or driving into the office to clock in some hours on the job. Why Working in Retirement Is a Smart Move
These days, a growing number of retirees are opting to work part-time after formally leaving the workforce. In fact, according to a recent retirement study conducted by Merrill Lynch, about 47% of today’s retirees say they either have worked or plan to work during retirement. Furthermore, 72% of pre-retirees aged 50 or older feel that retirement should include some amount of professional work.
Why Americans work in retirement
There’s a reason that working during retirement is becoming more common. Americans are living longer these days, which means they spend more time in retirement. Back in 1950, the average male retiring at age 65 could expect to live another 13 years, while the average female retiring at 65 could expect to live another 15. Today, the average man can expect to live an extra 17 years, while women can expect to live another 20.
Additionally, fewer Americans are retiring with pensions, which previously provided a great deal of financial security during retirement. And let’s face it: For those intent on living the cruise-ship-golf-course retirement of their dreams, Social Security benefits alone just aren’t going to cut it. Living costs and healthcare expenses are only going up. The average couple retiring today at age 65 can expect to spend a whopping $245,000 in healthcare costs throughout retirement, not including expenses such as nursing-home care.
Inadequate retirement savings are another factor pushing retirees to work. An estimated 31% of non-retirees have no retirement savings whatsoever, and many of those who do save are realizing early on that come retirement, they’re almost guaranteed to fall short. Some financial experts recommend saving eight times your ending salary for a comfortable retirement, but for many, this figure is simply unattainable.
Even generation X-ers and millennials, who are generally told to save for retirement from the moment they receive their first paychecks, are coming to realize that working during retirement may simply be par for the course. With the future of Social Security looking precarious at best, generating some degree of income during retirement may gradually become the norm.
The upside, however, is that working during retirement can help to alleviate financial concerns and the stress that comes with them. Imagine having a steady stream of income to offset market volatility, which can send your retirement portfolio into a downward spiral. Part-time work is, to some extent, a means of diversification that can help you get by when you’re most financially vulnerable.
But it’s not just about money
On top of the obvious benefit of bringing in extra income, working during retirement can also be intellectually and emotionally fulfilling. For some, part-time work can serve as a social outlet. Furthermore, studies have shown that working during retirement is better for your health than not working at all. Those who don’t work during retirement tend to experience a more rapid physical and mental decline, whereas working in retirement can help you stay healthy — and thus lower your healthcare costs, too.
If you enjoy what you do, working in retirement can be particularly fulfilling, especially if you can do it on your own terms. Some retirees manage to secure extremely flexible arrangements so that they can work where and when they please. Others use retirement as an opportunity to explore new means of employment, pursuing job prospects that don’t necessarily align with their previous experience. And for those for whom the extra income is more of a bonus than an outright necessity, sacrificing earnings for personal fulfillment is an easy decision to make. As an added perk, if you choose to work during your retirement, you can still collect your Social Security benefits in full with no limit on your earnings, provided you’ve reached full retirement age (which, as of 2015, is 67 for those born in 1960 or later).
Best of all, working during retirement doesn’t have to be an all-or-nothing deal. You can work one year, take the next year off, and pick back up again should you find yourself in need of money or something meaningful to do with your time. But if you do decide to squeeze in a few on-the-job hours here and there, there’s a good chance you’ll be a much happier person for it.

The $15,978 Social Security bonus most retirees completely overlook
If you’re like most Americans, you’re a few years (or more) behind on your retirement savings. But a handful of little-known “Social Security secrets” could help ensure a boost in your retirement income. In fact, one MarketWatch reporter argues that if more Americans knew about this, the government would have to shell out an extra $10 billion annually. For example: one easy, 17-minute trick could pay you as much as $15,978 more… each year! Once you learn how to take advantage of all these loopholes, we think you could retire confidently with the peace of mind we’re all after.   Simply click here to discover how you can take advantage of these strategies.
Motley Fool
Jobs for Seniors, Retirement, Senior Jobs
previous postIs your Furnace Filter Making You SICK? next postTips for Giving Money in Times of Crisis