What to do with the elimination of Medigap Plans C & F 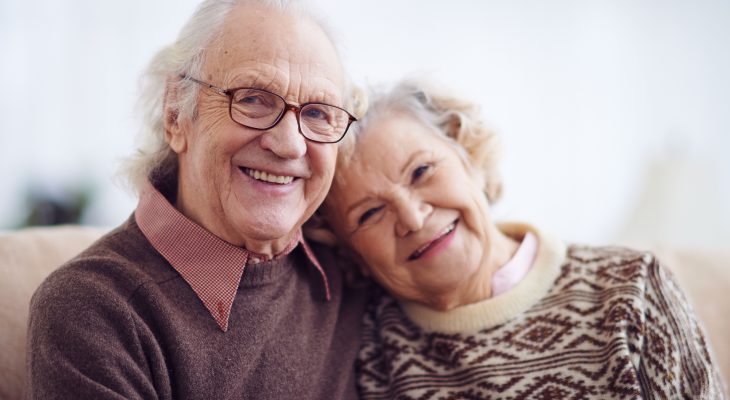 For decades Medicare Supplement Plan F has been a top seller; it covers all the gaps in Medicare and leave beneficiaries with a $0 bill. With predictable healthcare costs, financial planning is easier. What to do with the elimination of Medigap Plans C & F
Plan C, like Plan F, is a very comprehensive plan. The only thing it doesn’t cover is the Part B Excess Charges. Plan C is not the same as Part C. Plan C is a Medicare Supplement plan and does not cover prescription drugs.

Why Plan C & F are Being Eliminated

Congress, wanting to cut spending, decided that by no longer allowing companies to cover the part B deductible, medical overuse could be prevented. Plan C & F are the only plans that cover the part B deductible. For 2018, the annual part B deductible is $183.
Cutting spending is not the only reason these plans are being phased out. The big issue Congress has been trying to avoid was, how to get doctors better paid for their Medicare services in the next few years. If the deductible is paid by the beneficiaries instead of the insurance companies, the doctors can be better paid.
Doctors that are not adequately paid are not going to want to work in the Medicare program, as you can imagine. Many health care providers made threats to quit the Medicare program if they were paid any less.
Congress created the Medicare Access and CHIP Reauthorization Act of 2015 (MACRA) and signed it into legislation on April 16, 2015.
This bipartisan legislation created the Quality Payment Program which does several things:

If you are going to be impacted by these changes, you have plenty of time to plan now to minimize any financial impact ahead.
This new legislation enacted by Congress should get doctors the fair payment they want for their Medicare services. The only difference is Plan F and C will be phased out and new enrollees will be responsible for the Part B deductible on Plan D or G.
Plan G is one of the top plans available to Medicare Beneficiaries. The savings usually makes it the most affordable plan for enrollees, depending on the state and enrollment type. The annual part B deductible is only $183, and sometimes a Plan F premium will be $200 more than a Plan G. Making plan G the more sensible plan anyways.
I don’t know if this is really going to cut the annual expenditure of Medicare, arguments on both sides of the spectrum have been given. nce 2020 comes we can all discover the real outcome.
If the beneficiaries are not experiencing higher than usual costs and doctors are paid fair compensation, then Congress found a great quid pro quo solution. If it doesn’t work in raising the pay for doctors, hopefully we will see more creative solutions.

MACRA and How It Impacts Providers

MACRA implements values-based initiatives aimed at improving care and access for Medicare and CHIP beneficiaries. The Quality Payment Program aims to transition the healthcare industry from fee-for-service to value-based care.
This means Medicare physicians, physician assistants, and nurses must participate in either a Merit-based Incentive Payment System (MIPs) or in Alternative Payment Models (APMs). The clinicians’ performance score will determine payment adjustment in later years. CMS will determine a positive, neutral or negative payment threshold.

If you are already enrolled in a Medicare Plan F or Plan C you should be “grandfathered” in to your plan and can keep your plan if you would like.
Some people are worried that the rates for Plan F and C will increase substantially, like in 2010 when plans H, I, and J were discontinued. The discontinuation of Plan F will be different in each state, some beneficiaries will still be able to change to other Plan F carriers in the future.
The states that follow the birthday rule or similar rule which lets them change Medicare Supplement companies during certain times of the year without going through any underwriting. This is the regulation in California, Connecticut, Missouri, New York and Oregon.
Only one Idaho has enacted legislation to be sure premium increases won’t affect Plan F beneficiaries specifically. The Idaho Department of insurance received misleading information from agents, telling people to switch plans now to avoid potential rate increases. Idaho Rule 18.01.54 protects Plan F policy holders from seeing a higher premium increase than other letter plan policy holders.

Congress believes that by implementing a mandatory deductible should make people think twice about visiting a doctor for a minor issue. Ideally this will mean fewer doctor visits, and lower Medicare spending.
Critics argue that by eliminating Plan F some people may choose to forego care altogether, resulting in even higher expenses later. If health conditions are not diagnosed early enough, Medicare could end up paying the price later.
The good news for Medicare beneficiaries is that the Part B deductible is not one of the biggest health care costs under Medicare. The Part B deductible for 2018 is only $183 for the year.
The Part A deductible is more than seven times the amount of the Part B deductible. In 2018 the Part A deductible costs $1,340 for each benefit period. Almost all standardized Medicare Supplement plans available in many of the states still cover at least 50% of the Medicare Part A deductible. Medicare Supplement Plan A is the exception, it does not cover the Part A deductible
For those new to Medicare, there are plans that are comprehensive and affordable; Plan G is one of them. You will be able to enroll in a plan G when you first become eligible for Medicare Part A and Part B.
Plan G covers everything Plan F covers, except for the Part B deductible. The doctor flexibility and $0 copayments give beneficiaries on this plan excellent coverage.
Plan N is another good option that is not getting discontinued. It is recommended that Medicare beneficiaries talk with an insurance agent about the plan that will be best suited for your individual healthcare and financial needs.

The opponents of the legislation pointed out one brilliant thing; If someone has the money to purchase high-dollar coverage, they should be able to have that coverage. In theory, requiring beneficiaries to pay the Part B deductible should deter people from going to the doctor for minor problems.
Congress makes changes to the regulations on Medicare plans every so often. In 1990 they first made insurance companies standardized plan options for Medicare beneficiaries.
Then, in 2010 they removed some of the plan options like E, H I and J. The plans H, I and J were including prescription drug coverage; by eliminating that coverage option, congress was able to cut Medicare spending.
Congress can’t solve the Medicare-financing problem by borrowing funds. Debt in the Government is just a promise to raise taxes in the future. Younger workers will face massive tax increases if Congress does not cut Medicare spending.
With millions of people being affected by this change, at least Congress has given Medicare beneficiaries plenty of time to prepare. Legislation will always be changing and 2020 is still a few years away.  What to do with the elimination of Medigap Plans C & F

What to do with the elimination of Medigap Plans C & F