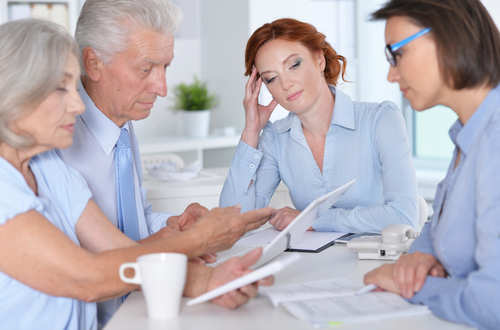 There are many things for a Medicare Beneficiary to consider before choosing the right Medicare Supplement (Medigap) carrier for themselves. For most, they tend to look at carriers that they are familiar with to start.

While it is true that all companies that offer Medigap plans must offer the exact same 10 standardized plans, the differences from company to company can vary greatly.

Cost is the biggest factor that most Medicare Beneficiaries investigate first, and rightfully so. The reason goes back to the plans. They are regulated by law to cover the same benefits no matter the company. Therefore, cost plays such a large factor, however, it is far from the only thing to consider.

Rate increases happen all the time in life, not just in insurance. Some companies such as AARP United Health Care give on average a rate increase every 6 months, while most other carriers see yearly increases.

Unlike the plans, the rate increases are not standardized, and some companies will have higher percentage increases than others. Deciding factors are the market strength of the given carrier and plan in the area, inflation, as well as other factors such as claims.

At times companies will have a rate reduction, such as United American’s reduction in Florida in 2018. This is not common but goes to show how prices can fluctuate, but on average the expectation is that the increase will happen yearly.

How well a company treats their customers is another important thing to consider. When calling some companies, you will end up speaking to representatives in other countries or have long wait times to get the assistance you need.

Today we are going to be discussing 3 of the larger household names that offer Medigap Plans: Aetna, Humana, and Cigna.

Aetna is one of the largest Medigap carriers in the United States. They offer a 12-month rate lock. That means when someone elects to go with an Aetna Medigap Plan, they will not have a rate increase for at least the first 12 months of their new policy.

Since Aetna has one of the strongest market shares of Medigap offerings throughout the country, they also have on average some of the most conservative rate increases compared to many of their competitors. They are an AM Best A rated company. They also have very good customer service for their Medicare Supplement clients.

Aetna does offer other types of coverages for seniors as well such as Part D Prescription Plans, Dental Vision and Hearing Plans, Critical Illness Plans, Hospital Indemnity Plans, and even Medicare Advantage Plans.

For more information on how Aetna Medicare Supplement Plans work and to see if they are the right fit for you, click here.

Humana is another large health insurance company, and while they do offer Medigap plans, their larger focus is on the Medicare Advantage market. They are a great company but for most of the United States, their prices for Medigap Plans are not competitive.

Likewise, since their primary focus in not Medigap, they do not have a large market share of the Medigap market which generally means their rate increases will be more liberal, or higher.

Like Aetna, Humana offers other coverages that seniors can take advantage of, as mentioned earlier. One of their biggest offerings is their Medicare Advantage Plans. They do also have Dental, and Part D Prescription Plans

Click Here to find out more information on Humana Medicare Supplement offerings and how they work.

Cigna has really established themselves as one of the most competitive Medigap carriers in the industry. Like Aetna, they offer a 12-month rate lock, as well as conservative rate increases.

Cigna is also one of the nation’s largest insurance companies, giving them some of the strongest abilities to handle the claims of their clients. This is one of the main reasons for their competitive pricing and conservative rate increases.

Cigna also offers coverages that seniors can take advantage of such as Final Expense Life Insurance, and Critical Illness Plans. Like both Aetna and Humana, they offer Part D Prescription Plans as well as Medicare Advantage, but they really shine in the Medicare Supplement field. They have great customer service as well as, an AM Best rating of A as well. Here is a great article about Cigna regarding fee-forgiving.

Medicare.gov is a great resource for seniors looking to transition into Medicare. On Medicare.gov you can find resources that will assist in figuring out which Part D Prescription Plans provides the most advantageous coverage for a Medicare Beneficiary. You can find out if your doctor accepts Medicare, as well as resources on preventive services, and much more.

Another great site to help seniors with the transition is CMS.gov. CMS or The Centers of Medicare and Medicaid Services, is the regulating body for Medicare, and Medicare plans. Here you can find the latest details about Medicare and any changes or updates to the Medicare system.