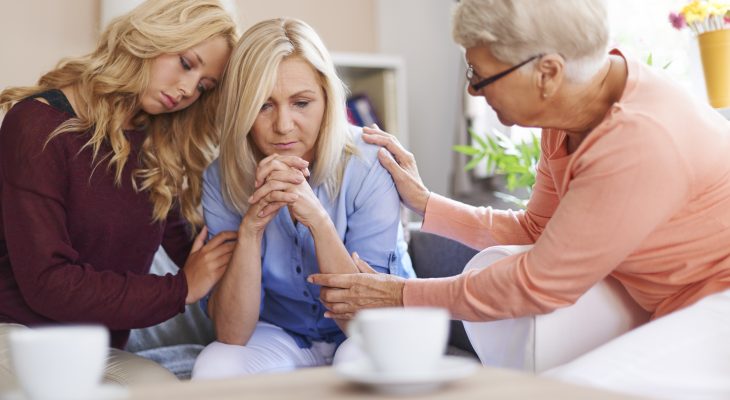 A fascinating, unsettling survey shows that many widows run into serious financial difficulties after their husbands die — and the problems go far beyond not having enough money to live on. Money Perils Facing Widows
Mathew Greenwald & Associates’ Survey of Recent Widows raises red flags that all couples over 50 should know and deal with before it’s too late for them. That’s particularly true if the husband handles most of the household’s investments and financial planning. Money Perils Facing Widows

What the Survey Discovered

The survey, conducted for the Women’s Institute for a Secure Retirement (WISER) and funded by the American Council of Life Insurers, interviewed 246 women age 70 and younger who became widowed within the past five years and had financial assets of $50,000 to $1 million. Among its findings:

Greenwald, who is married to a widow, says his big takeaway from the survey is its lesson for couples. “If one spouse is the financial decisionmaker,” he says, “that person should really try to educate the other to be prepared if something happens, because something can happen.”

That’s so true. Otherwise, women can wind up as “shoebox widows,” says financial planner Wendy Weaver of Bethesda, Md.— stuck with all their records jumbled in a shoebox.

Why Both Spouses Must Be Money-Savvy

Mark VandeVelde, a certified financial planner and Wealth Partner at Hefty Wealth Partners in Auburn Ind., tells me his firm always encourages married couples to be involved in their financial planning. That way, “if something happens to the spouse who is completely or predominantly in charge, the surviving spouse doesn’t feel overwhelmed,” he says.
Not all financial planners are as welcoming to wives, however, as InvestmentNews’ Liz Skinner noted at the recent WISER 2013 Women’s Retirement Symposium in Washington, D.C. Some planners, unfortunately, are pretty dismissive.
Last year, Next Avenue blogger Kerry Hannon cited a study by the Family Wealth Advisor Council, which found that women are convinced their gender is “a key factor in the disrespect and condescension they encounter.”
VandeVelde’s advice to married midlife women whose husbands make most of the couple’s money decisions: “Get involved in your family’s finances now, whether that means working with a financial planner or sitting down with your spouse.”
He urges women to ask their husbands questions such as “Where is our money invested?” and “If something happens to you, what should I do?”
“These are tough discussions,” he says, “but they’re very valuable.”
Incidentally, VandeVelde says this advice also applies to husbands whose wives control the couple’s financial and investment decisions. “It’s not just widows who deal with this,” he points out. “I’ve seen widowers struggle just as much as widows.”

Greenwald also encourages married women to familiarize themselves with Social Security’s rules about survivor’s benefits and benefits based on their own work experience. “I wasn’t aware that determining Social Security eligibility was so much of a problem for widows,” he says. “That came out as one of the leading issues of the survey.”
Wising up about the intricacies of Social Security, sadly, isn’t easy.
Financial adviser Dan Moisand, a principal at Moisand Fitzgerald Tamayo in Melbourne and Maitland, Fla. recently wrote on MarketWatch.com that by one estimate, Social Security’s Handbook contains 2,728 rules regarding benefits.
Worse, as Larry Kotlikoff just noted on the PBSNewsHour site, the Social Security Administration won’t let widows or widowers access their late spouses’ earnings records. Without such information, Kotlikoff wrote, “they can’t properly plan when to retire, how much to save for retirement, in which order to take their spousal, retirement and survivor benefits, or when to take them at all.”
Social Security does, however, offer a useful, plain-English article on survivors benefits (republished on Next Avenue). And WISER has put together an excellent primer, Social Security: What Every Woman Needs to Know.

Greenwald’s survey also discovered that 89% of widows would welcome a website devoted to the types of financial issues they face, with how-to guides, worksheets and contact information. And 85% said they would’ve been likely to turn to such a site for help when their husbands died.

WISER President Cindy Hounsell tells me her group also sees the need for a comprehensive, dedicated site. “Women and their families, especially those who are older, want unbiased help,” she says.
I’m hoping that WISER is able to create one.
After all, as Barbara Hannah Grufferman just wrote on Huffington Post 50, if a spouse dies, “your life is irrevocably changed on many levels.”
A website to reduce financial concerns for widows could go a long way in helping them put their lives back together.
Richard Eisenberg is the senior Web editor of the Money & Security and Work & Purpose channels of Next Avenue. Follow Richard on Twitter @richeis315.