Life (and Death) Happens: Why a Plan Is So Important 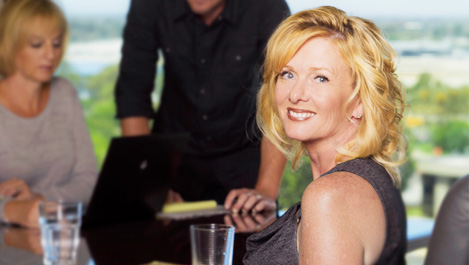 Growing up as the youngest of seven children I was surrounded by many maternal figures. The age difference between me and my oldest sister is sixteen years. In addition to the love from my parents, my siblings made sure I had everything I needed – everything except a plan for the unthinkable.

At 10 years old, life was “normal.” I was doing well, going to school and hanging out with my friends. My childhood home was in the suburbs of Palm Desert, Calif. My siblings and I really didn’t want for anything. My father owned his own contracting business and my mother worked on and off in the hotel industry. By the time I was 10, four of my brothers and sisters were married and had children of their own. This left three of us at home:  myself, 10; and my two sisters, 12 and 17.

In an instant, that all changed. One day I arrived home from school to find my mom and two of my sisters talking to my father on the couch telling him that they were going to take him to the hospital. At that point I had no idea what they were talking about. My dad was home one day, and in a split second my life changed. It was the last time I saw my father in my family home.

I often think about that and wonder: if I would have known that I would never see him again would I have said something to him? Did I tell him that I loved him? Did I hug him? Memories have faded, and I can’t recall if I did or said any of those things. Forty years have passed since then and I am now 50 years old. My father was 48 when he passed away, and now it is all so surreal.

My older brothers and sisters and I often talk about what would be different in all our lives had dad lived longer. We all handled his death so differently. My sister who was 12 at the time and I had a very different upbringing then the older five. They grew up with a mom and dad, and we grew up for the most part with just one parent.

The Price of Being Unprepared

Life changed for all of us after his death. My parents never planned for it or had life insurance. As I know now, they lived paycheck-to-paycheck and did the best they could – but they never saved for a rainy day. My mother was forced to leave our family home and we moved into a cheaper rental as she went back to work full-time. 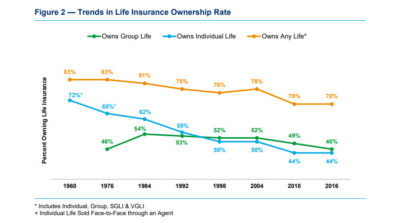 Over the next eight years, until I went away to school, we faced many challenges.  We moved around from home to home frequently, and my sister and I were left at home many evenings alone to fend for ourselves. My sisters and brothers helped as much as they could but they had young families of their own that needed them. School was not my mom’s priority for us; it was survival – how to pay rent and keep food on the table. I remember my mom borrowing money from family members just to pay bills and I can recall my sister and I say that when we grow up we never want to be like that. So, we often wonder, what would life had been like had my father lived?

When I left home at 17 and moved to Orange County to attend college, I hit some speed bumps as I matured. Paying bills on my own for the first time, I followed in my parents’ footsteps, living paycheck-to-paycheck. I remember once where I did not have enough money to pay my share of the rent. I called my mom and like always, she was there for me. She sent the money to me via Western Union. Even though my mom did not have enough money to pay her own rent, she sent money to me anyway and paid a big fee to get it there the next day.

The take-away from my story is, from that moment on, I never asked to borrow money from my mother again. I worked hard to finish school and get a good job. I lived within my means and planning for a rainy day became my goal in life. By the time I was 23, I began contributing to a retirement plan, saving to buy my first home and putting money aside for my children’s education. Plus, I always share my story with people I meet.

Life can change in a split second, but we all have choices on the path we take as life throws us challenges. It doesn’t have to break you, it can make you stronger.