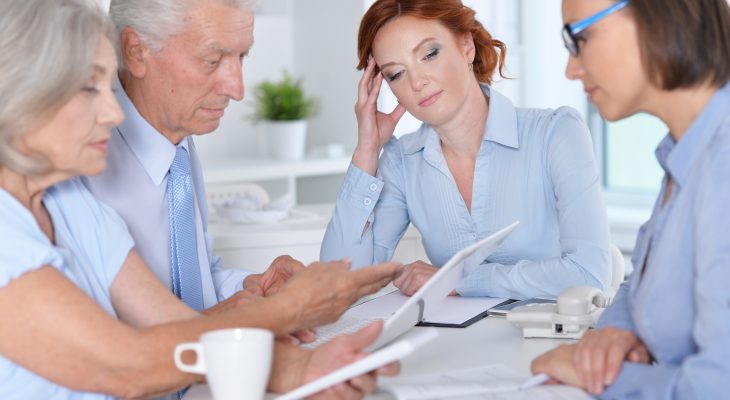 A financial power of attorney is a valuable legal document that ensures that your financial matters will continue to be handled – should you become incapacitated and unable to do so yourself.  However, placed into the wrong hands, these documents can become a license to steal. Understanding Financial Powers of Attorney – Are They a “License to Steal”?
In your power of attorney, you’re called the “principal” and the person you select to have authority over your finances is called the “agent” (or “attorney-in-fact”).

A general power of attorney allows your selected agent to do everything that you could do with your assets.  They can sell your home, execute a new deed and transfer title, take out a loan, and access your bank accounts.  It’s a very broad and powerful document.

A special power of attorney limits your agent’s authority.  You might choose to grant them the ability to access only one of your bank accounts, or to sign specific real estate documents while you’re out of the country.

Your agent’s authority becomes effective either immediately or only when you become incapacitated.  Granting immediate authority is generally not advisable (except in the limited capacity of a special power of attorney).  Why give someone the authority to access and control your finances when you’re perfectly capable of doing it yourself?

A “springing power” gives your agent financial authority only if you become incapacitated.  The test to determine “incapacity” should generally require that two medical doctors state, in writing and under penalty of perjury, that they have examined you and concluded that you are unable to make sound financial decisions.  Your agent’s authority then “springs into being”.   Your agent can then literally staple the two doctors’ declarations to the back of your power of attorney, and have full authority to handle all financial matters.

You can see where this could lead if the agent you selected turns out to be a crook.

A typical scenario is a widowed mom who is becoming more and more forgetful and is developing signs of dementia.  Years earlier, she signed a financial power of attorney and named her son as her agent.  At the time, all was fine because son was financially stable and trustworthy.  However, he’s now lost his job, his house is about to go into foreclosure, and his wife is pressuring him to use the power of attorney to access “just a little” of mom’s money to get them through this hard time.

Of course, once the son and his wife enjoy this newly found cash cow, it gets easier and easier to continue to take money.  Mom has no clue what’s going on.

It can get worse.  When the checking and savings are gone, there’s still a lot of equity in mom’s home.  “We’ll just take out a small loan”, says the son.  Not much later, he and his wife need to take out a second loan to use that money to make the monthly mortgage payments.  Before long, mom’s house is being foreclosed on.
Perhaps 9 out of 10 financial elder abuse cases involve a family member as the perpetrator – usually a son or daughter.  And in many such cases, a financial power of attorney was the vehicle used to accomplish the rip-off.

These documents are important and can be very useful.  Many a conservatorship (or guardianship) can be avoided if valid financial powers of attorney are in place.

Obviously, the key point is to make absolutely certain that the selected agent is honest and trustworthy.  Placed into the wrong hands, these documents can become a license to steal.

George F. Dickerman is a Riverside, California elder law attorney.  His practice focuses on advocating for, and protecting, the elderly and their loved ones.  For more information, please visit: elder-law-advocate.com.