How Your Faith Can Impact on Your Health? 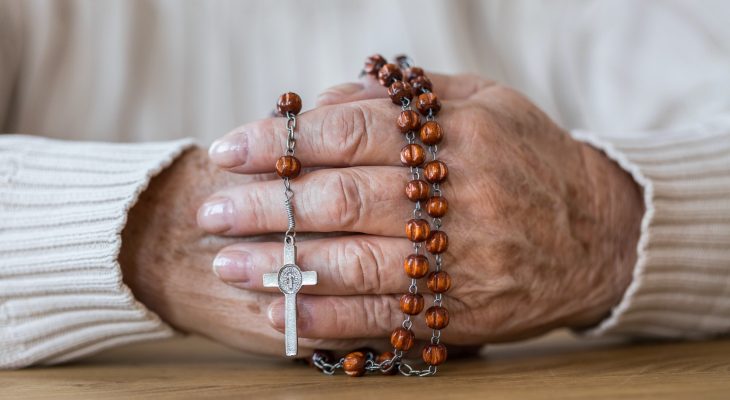 Predicting a person’s physical and mental health can be as simple as asking them what they did on the Sabbath. Religion is one of the most important predictors of health. Spiritual practices have been linked to a reduction in blood pressure, a strong immune system, and the elimination of mental illnesses.

Scientific studies have shown that a lack of religion is as unhealthy as smoking a packet of cigarettes a day for forty years. If you want to improve your physical and mental health, you need to start going to church and praying every day. Here are some of the ways faith is good for your health.

Religion has many rules that affect one’s behavior. You are not supposed to drink, smoke, or go out with people who do. Faith encourages behavior change. And it greatly reduces the chances of death. Your religion might not encourage you to eat slow, organic, or non-GMO foods. However, it still influences the habits that you form and the actions that you take.

For instance, microfinance based in Cambodia aims at helping people by giving them small loans to start businesses. One of the loan clients was a fisherman who related his discipline to a group of Christians. They helped him stop taking drugs which ended up improving the environment at home and the relationship he had with his wife and children.

Religion not only fixed his life but also helped him become a wealthy man. Through regular exposure, to groups with healthy habits and lifestyles, faith made it possible for him to live a happy and fulfilling life.

Chronic stress harms the immune system. And this reduces the ability of white blood cells to attack bacteria and viruses in the body. Research studies have shown that religion can relieve stress in several ways. Prayer can reduce blood pressure caused by stress. The stresses and anxieties of modern life encourage the natural body’s response – fight or flight. Prayer and other spiritual activities can eliminate stress response by enhancing relaxation.

Also, religious people tend to think in healthy ways. Faith allows people to have sense of purpose and meaning in life. And this is linked to improved health. Our brains control several important aspects of our bodies. Therefore, how you think affects how your body operates. In similar ways, religion tends to affect people’s health positively by reducing depression. While religious people do suffer from depression and other mental illnesses, faith offers some protection against adverse mental health effects.

Everyone needs friends. And religion offers a lot of friends. In fact, a study found that church membership is one of the best types of social involvement that leads to happiness and life satisfaction. Another study found similar effects from social interactions among people who share the same faith. Adults in Iowa who went to church frequently were 68 percent less likely to die. The bonds you form with other followers will provide you with more than a social calendar. These interactions sustain our health through improved emotional and psychological wellbeing.

Faith improves health by providing a community of people who are willing to help when things get tough. Religious institutions have built schools, hospitals, and businesses intending to help the poor and needy in society. If you don’t find yourself in the company of doctors and nurses, don’t fear. There are a lot of people around you who are more than willing to help you.

Apart from that, people who contribute a certain percentage of their income to religious institutions are more likely to be happy. A scientific study sought to determine the most effective methods for people suffering from multiple sclerosis. They found that people who were not only receiving help but also providing it were more likely to benefit. Religious people love volunteering and giving money to charity. And this greatly improves their health.

There is no doubt that the creator heals in miraculous ways at times. The majority of Americans believe that praying can heal someone from illnesses or injury. In the same study, most doctors believe in miracles and healings based on faith. Over the years, the truth of religious institutions has been put to the test, and miracles found to be genuine.

One of the best examples is that of the Egyptian monk who reported that no one had been born again as a Christian apart from witnessed proofs, know signs, and recognized miracles which compel them to practice it. In China, ninety percent of converts claimed to be converted due to religious healings.

Caution should be exercised when talking about faith about physical and mental health since it was never intended to be a magical pill. Believing in something greater than you can transform your life and improve your health.

John Peterson is a journalist and writer at write my thesis, BrillAssignment and college essay papers with 4 years’ experience working in London magazine “Shop&buy”. He is a professional mini-tennis player and he has written a novel “His heart”. You can find him at fb