Top 10 Board Games for Active Retirees 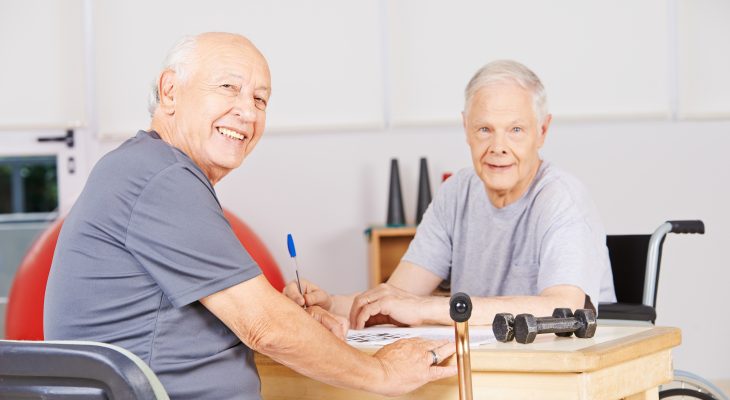 Playing a board game is the perfect way to spend some time with the retirees. The variety of games allows for quality one on one time, as well as group fun with grandkids. Moreover, games are known to improve the health of the brain, which can prove to be a great tool in regard to the memory and logical thinking of seniors. And most importantly, this keeps seniors engaged, which reduces the dangers of senior isolation. Top 10 Board Games for Active Retirees

Here are the top 10 board games every retiree can enjoy:

Of course, Bingo takes the first place in this list! Bingo is the most popular game among seniors for a reason – it is very entertaining and gives the satisfaction of being the lucky winner!

The second in our list is a type of a tic-tac-toe game – a vertical one. It is fun for people of all ages and comes at a very affordable price.

Yahtzee and Yamb are similar dice games that sharpen the brain of the players. Players use score cards and fill them according to official rules, choosing and calculating the numbers on the dice they throw.

Chess is a game played by two people only, but it is one of the favorite among seniors. Even if their children and grandchildren do not want to play this game, seniors can often spend an entire day thinking chess through. It is an ancient game played by millions across the globe, and it requires strategic thinking combined with logic.

Stratego is a modern game, so not many seniors know how to play it. This board game is Napoleon-themed and requires two opposing players. These players use strategies to beat each other on a 10×10 board. Each of the players will command individual officers and soldiers by moving 40 pieces from their ‘army’.
The goal of Strategois to capture the flag of the opponent, or as many units required to prevent them from making further moves.

Everyone knows and loves Monopoly! This game represents a domination of a market by a single entity or in this case, a player. It can be played by several opponents and is an excellent way to pass the time. It can be rather lengthy, so you might want to take breaks and continue it another day. It is an interesting and very challenging game, but a frustratingly long one.

Risk is a game created by the same people who created Monopoly. It is a much more strategic game created for two to six players. Its standard version is a board game that depicts the map of Earth. This map has six continents and 42 territories in total.
The players use dice to control their armies and take over the territories from others. Here is where it gets similar to Monopoly – everyone aims to take over as many territories as possible, but also to finish a mission given to them at the very beginning.

Scrabble can entertain up to four people who place tiles to score points. Each of the tiles has a letter and is places onto a board. The objective is to build words by putting letters together, accumulate the most points by creating these words, and out-score every other player in the game. It is an excellent game to improve the memory and vocabulary of the players.

Basically, Battleship is a guessing game that can entertain two players. Each of the players secretly and by wish arranges ships of different sizes. When the game starts, they attempt to guess and sink the other person’s ship by choosing a set number where the ships might be located. The person who sinks all ships of the other player is the winner.

Two to four people can play Dominion. This game should be played rapidly because players aim to gain the unclaimed land around them as soon as possible. They upgrade castles, hire minions and defend themselves against other players. It is a game played with ten-card deck and ten special action cards.
Board games are an excellent way to connect with and keep seniors happy. These games exercise the brain of everyone who plays them and provides an opportunity for fun in the process!
By Chris Richardson
Chris Richardson is an editor at a essaygeeks.co.uk. He is also a professional content writing expert in such topics as career growth, self-improvement, blogging, and technology innovations. Feel free to connect with him on Google+.

Top 10 Board Games for Active Retirees