Does Eating Organic Make a Difference? 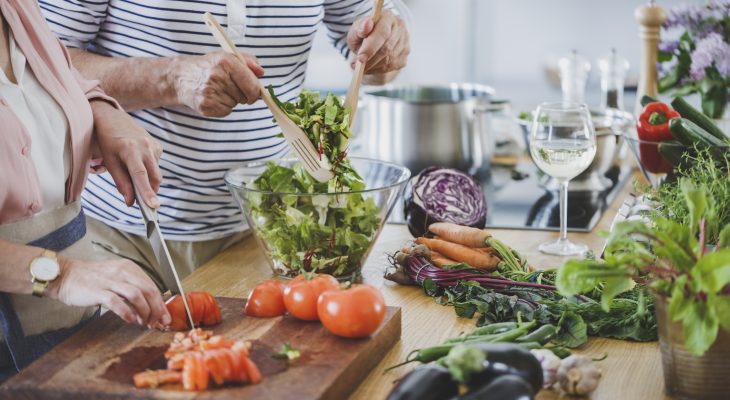 If you’ve ever wondered if organic food really is better for you, there’s a large new study with another answer. Researchers published their findings in the Journal of the American Medical Association in December 2018.

The researchers followed 68,946 French adults for an average of 5 years each. They wanted to know if the adults who ate organic food most often had less risk of cancer than those who ate it least often. By the end of the study, here’s what they found:

The people who ate organic food most often had a 25% less risk of getting cancer than those who ate it least often. Plus, the most frequent organic eaters had 73% less risk of contracting non-Hodgkin’s lymphoma. And a 21% lower risk of postmenopausal breast cancer.

Now, this may not be surprising to you. After all, less pesticides are better than more pesticides for your health, right? And this isn’t the first study to prove some health benefits of organic food.

But here are the strengths and weaknesses of this particular study, so you can make an informed decision for yourself:

In addition, this was an observational study, so it can’t determine causation. Observational studies like this observe groups of people and draw associations between certain behaviors and outcomes. But it’s a mistake to assume the behavior caused the observed outcome.

In this case, eating organic was associated with lower cancer risk, but many folks who eat organic also tend to make other health-conscious decisions that impact cancer risk. They may exercise more, take fewer medications, follow health blogs, etc. So, it may be the exercise or fewer medications reducing cancer risk, rather than the organic foods. Make sense?

Personally, I always attempt to eat as “clean” as possible, which means limiting pesticides. So, the more I can eat organic, the better.

Now, I know it’s not always easy to find organic food— nor is it affordable for many of us either.

But if you’re interested in finding out more about organic foods— and which foods contain the most and least pesticides— you’ll want to check out the Dirty Dozen and Clean Fifteen lists.

These lists will tell you which fruits and veggies to choose and to avoid (unless they’re organic!).