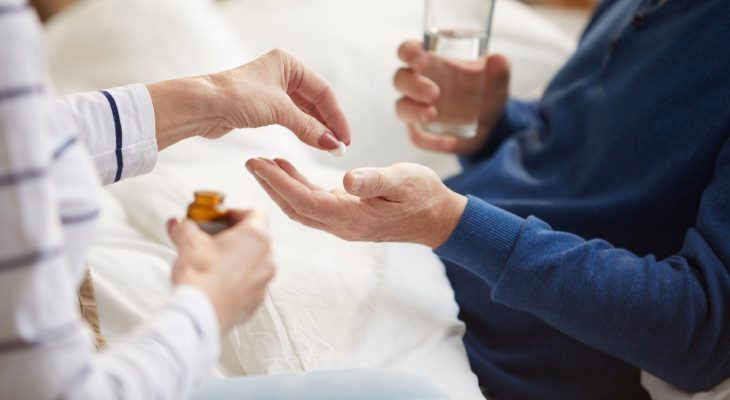 This may not surprise you. But what may surprise you is just how nutrient-deficient older populations really are…

Researchers recently investigated this issue. They pored over studies on the habitual dietary intake of adults 65 years and older across 20 Western countries. Afterward, they published their findings in the British Journal of Nutrition (BJN).

Turns out, those who are 65+ are often nutrient-deficient! Specifically, older adults were deficient in six micro-nutrients: vitamin D; thiamin; riboflavin; calcium; magnesium; and selenium.

Let’s investigate these deficiencies and their effects on the body:

The BJN study reported a stunning 84% of men and 91% of women don’t get enough vitamin D! As you may know, vitamin D is crucial to bone health. Vitamin D helps maintain calcium balance, as it facilitates intestinal absorption of calcium. It also helps keep you healthy by bolstering your immune system. And that’s just the start!

Thiamin is actually a B vitamin (B1 to be exact). Thiamin helps produce the energy your cells make, in the form of ATP (adenosine triphosphate). A thiamin deficiency can affect the cardiovascular, nervous, and immune system, and lead to chronic diseases like wet beriberi (a cardiovascular condition) and Wernicke-Korsakoff syndrome (a neurological disorder). What’s more, you can suffer burning and tingling in the toes and feet, and degradation of your muscles. And the BJN study found that 50% of men and 39% of women aren’t getting enough B1.

Riboflavin is another B vitamin (B2). And like thiamin (B1), it’s crucial for growth, energy production, and physical performance. If you’re riboflavin-deficient, you may struggle with conditions including: fatigue; digestive problems; vision problems; sensitivity to light; and more. And the BJN study reported 41% of men and 31% of women aren’t getting enough B2.

Your body contains more calcium than any other mineral. When you think of all the bones in your body and how calcium is a main “ingredient”, it’s easy to see why! Yet despite calcium’s presence in the body, many people still aren’t getting enough.

You may be surprised to know just how calcium-deficient older populations really are. According to the BJN meta-study, nearly two-thirds (65%) of men had inadequate calcium levels. And nearly three-quarters (73%) of women suffered the same!

Magnesium is another well-known mineral in bone health. Magnesium helps your body use calcium, among countless other bodily processes. Magnesium can also influence muscle mass development and performance in older adults. Unfortunately, nearly three-quarters (73%) of men and almost half (41%) of women were magnesium-deficient in the BJN study.

Did you know selenium is one of the 13 minerals your bones need to stay healthy? What’s more, a selenium deficiency can cause a whole host of other problems. Some more notable issues include higher rates of cancer and heart disease, lowered immunity, and brain aging. And 30% of men and women were selenium-deficient in the BJN study!

These vitamins and minerals work together to help your body function properly. Yet the BJN study reveals many older adults aren’t getting enough — which is a big problem when you consider the mental and physical effects we’ve just discussed!

As the researchers in the BJN study said, “micronutrient deficiencies pose a considerable threat to independence and longevity.”

So it pays to be aware of the prevalence of these deficiencies. And if you’re worried your diet isn’t providing you with all the nutrients you need, you may want to consider a natural supplement and/or B complex vitamin!