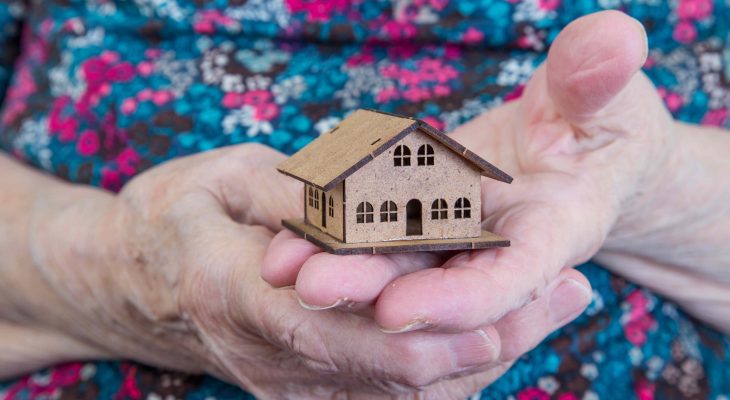 A family comes to terms with an uncle’s dangerous disorder

While over two million Americans are loyal watchers of the A&E TV show Hoarders and find it entertaining, I can tell you firsthand that when an older family member is a hoarder, there is nothing amusing about it. Elder Hoarding Costs
And when you’re the one who winds up footing the bill to clean up your loved one’s out-of-control mess — well, that’s its own kind of challenge. Elder Hoarding Costs
At a glance, my husband’s 84-year-old Uncle Dan appears to be a typical retiree in Florida. He is socially active, participates in volunteer programs and lives in a lovely mobile home community for seniors — a tidy trailer park. But he is not living in a tidy home. Elder Hoarding Costs

A Risk of Eviction

Our troubles with Dan began earlier this year when his HOA (homeowners’ association) contacted my husband in California to say that Dan’s one-bedroom property was in major violation of its policies; Dan was at risk of eviction.
We got a price quote for hiring hoarding experts to help us: a staggering $15,000 to clean up my uncle’s mobile home.
My husband, who became Dan’s power of attorney in 2015, promptly worked with the HOA to locate a contractor who could address the issues. But everything that needed to be done — from clearing debris to pruning bushes — was a difficult argument with Dan. To ease mounting tensions, my husband agreed to cover the $4,000 cost of needed repairs, and by doing so, he managed to get the exterior of Dan’s home under control.
The interior was a different story. We had suspected it was in bad shape (Dan doesn’t invite family to visit), but we had no way of knowing the extent of the situation. Ultimately, we learned the gory details through a painful conversation with the local police.
In parallel to Dan’s HOA problems, we had also been working diligently with Brevard County authorities to untangle him from an elder-fraud scam where he’d been a victim. (I wrote about this sad story for Next Avenue last year.)

After the lead detective visited Dan’s home, he expressed serious concerns about Dan’s living conditions and wanted to know how we could “let him live like that.” He confirmed our worst fears regarding dangerous levels of clutter, dirt and serious trip hazards for someone of Dan’s age.
There was a sense of shame and guilt about Dan’s situation that hit my husband and me hard — just as hard as the reality that when it comes to a hoarder, there often isn’t much anyone can do.
It’s not until someone’s standard of living poses a public threat, such as a fire hazard, infestation or structural damage to a shared building, that local authorities or service organizations can engage. My in-laws had tried to intervene several years earlier, but Dan would not cooperate.
Sadly, none of these explanations impressed the local detective. His judgment of our failure still stings.

Feeling the detective’s eyes on us, my husband and I decided it was time to try another tack. While researching hoarding behavior, I located a few local specialty cleanup services. In a questionable invasion of privacy, the contractor who resolved the exterior of Dan’s property had snuck us photos of the interior, and based on them, we got a price quote for hiring hoarding experts to help us: a staggering $15,000 to clean up his mobile home.
How was that possible? The firm had estimated costs for a team of two highly trained consultants (paid $80 per hour) to work with Dan for 10 days on the clean-out, plus the cost of cleaning supplies and trash removal. Unfortunately, this was a pricey solution that neither Dan nor our family could fund.
Call it another problem or call it serendipity, but Dan’s air conditioning then gave out. Dan didn’t want to spend $3,000 for a new system, so my husband and I agreed to pay for it — but we made this contingent on Dan’s agreement to do some cleaning. Foremost, the vents in the home had to be free of obstacles, so the new unit would have airflow and work properly.
That explanation, coupled with motivation to have AC again, worked for Dan. It was still slow going, and there were fights over what it meant to “clean” an area, but some progress was made. He now has functioning AC and by the contractor’s account, Dan has wider and clearer traffic ways in his home.
Hopefully, the trip hazards have been mitigated, but our efforts to do more — like remove enough debris to replace dirty carpets — were stalled the moment the AC was repaired. Elder Hoarding Costs

What Will Happen Next

Sadly, we just can’t seem to find the next incentive for Dan to continue making improvements and deal with his hoarding.
And since he is mentally competent and able to handle activities of daily living such as eating and bathing, there aren’t any legal avenues we can take to force more cleaning or safety measures on him.
So until Dan decides that his hoarding habits are unacceptable, my husband and I will be stuck on hold.
As we look to the future, we are saddened by actions we’ll need to take upon Dan’s passing.
His will expressly states that the property is to be sold upon his death, and as executor, my husband will have to manage the transaction. It seems apparent that to successfully sell Dan’s parcel, we will need to remove his mobile home. Without the resources for a clean-out (time, money or family manpower), the unit will most likely be demolished and dumped, complete with its contents.
In addition to the estimated $4,000 cost to remove the home, there is the painful price of knowing Dan’s handful of sentimental keepsakes will probably be tossed. Elder Hoarding Costs

Looking back, we regret closing our eyes to a problem that was destined to become bigger and more serious. Many members of our family were acutely aware of Dan’s issue 15 years ago, but his hoarding was largely dismissed because they are all pack rats to some degree. After all, they felt, who were they to judge his home? And who had the energy to take on the fight?
As we sit here today, I can’t say whether the passive decision to ignore the issue was right or wrong. I can tell you it’s becoming a costly one — both financially and emotionally. Elder Hoarding Costs
By Rosanna Fay
NextAvenue.com