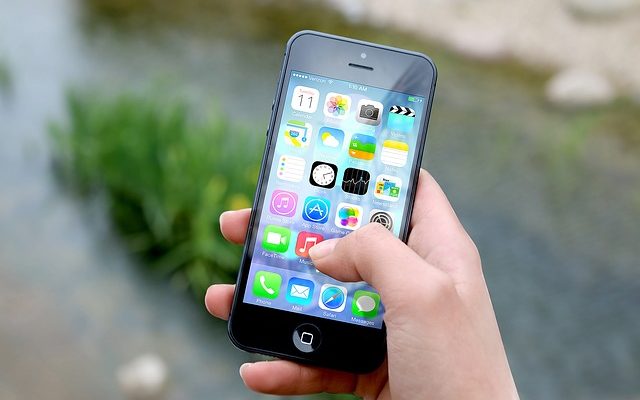 Fake apps are in every app store. These forgeries are near mirror images of popular apps and often have similar logos, color schemes, and names as the apps they’re trying to mimic. If you inadvertently download one onto your device, your personal information could be at risk. Preventing Fake Apps from Stealing your Identity
What’s the harm in downloading a fake app? Fake apps can bombard downloaders with an avalanche of ads, more so than the real apps. Fake apps can gain access to personal information from a downloader’s device, including contact lists, photos, videos, and any websites a person visits or apps a person has on a personal device. Fake apps can also use the downloader’s device to engage in other tasks, find a person using the phone’s GPS (global positioning system) location, or even record real-time audio and video of a person. The harm a fake app can cause is very real. Preventing Fake Apps from Stealing your Identity
Do you know how a fake app company will use your information? Do you know how long that information will be stored on the company’s server or if the company will sell it to others who will pay for the chance to get access to your data? No, and these scammers will make as much profit from your resources as possible, even if it causes your information to fall into hands of those who engage in criminal activities.
While it’s true that some producers of real apps may also collect your data and gain access to the same information from your personal device as fake apps, genuine apps are less likely to allow that information to fall into the hands of criminals. The reputations of these companies are on the line, and although real app producers want to increase revenue, they also want to continue operating long into the future.
Fake app producers can close up shop and move on to another app scheme if app stores or authorities force an old scheme to close operations. While no company can guarantee that your information will avoid falling into the wrong hands in the event of a cyber intrusion or insider theft, real app producers are more likely to take high-level security precautions to safeguard your information than fake app companies.
Before downloading an app from any app store, make sure it’s the genuine article. If the name of the app is dissimilar to the real app in any way, don’t download it. The fake app could use part of the real app name or add other words to the real app name to convince people to download it. If you want to download the “Ultra Cool Music” app and you find an “Ultra Music” app in the app store, it might not be the real thing. The same goes for an app titled “Awesome Music from Ultra Cool Music.” Neither app is likely to be the real thing, and you should avoid downloading either of them.
A fake app could also have a nearly identical logo or color scheme to the real app. If you’re not sure about the authenticity of the logo, go to the website of the company you’re interested in and review its logo there. If it’s not immediately identifiable, run a web search for its app and compare the look of what you find to the app you want to download. If it isn’t the same, you’ve found a fake app. Avoid downloading it.
If you’re still not sure if the app you want to download is the real thing, look at the number of downloads or reviews. Popular social media, music, or movies on demand apps will have a large number of downloads and reviews, numbering in the 10s of thousands, 100s of thousands or more. Fake apps won’t have anywhere near these number of downloads or reviews. If you find an app for a popular social media site, but the app only has 20, 100, or even 1,000 downloads, it isn’t the real thing. Avoid downloading it. The process isn’t as easy when dealing with less popular applications.
Less popular apps may only have 1,000 downloads or reviews, but they could be the real things. Check to see what others have said about the apps before downloading them by running a search for the apps in your favorite search engine. In the “Awesome Music from Ultra Cool Music” example above, type that exact app name into your search engine. If people use words such as “scam” or “fake” to describe the app, you’re better off avoiding it. Never use reviews for the app in the app store itself to determine if it’s the real thing. The fake app might have the means to generate fake reviews, and anything you read could be a complete fabrication.
Always stay on your guard when shopping for apps and use your best judgment to determine if any app you want to download is safe. It will help prevent personal information stored or accessed on your device from falling into a criminal’s hands.
Preventing Fake Apps from Stealing your Identity Preventing Fake Apps from Stealing your Identity Preventing Fake Apps from Stealing your Identity Preventing Fake Apps from Stealing your Identity Preventing Fake Apps from Stealing your Identity

Rod Spurgeon is a professional writer, editor, and photographer. He writes a weekly column at ownyourdefense.net, is a content contributor at senior.com, and is the author of several science fiction novels and novellas.
He holds a Bachelor of Science degree in Global Business from Arizona State University and a Master of Business Administration degree from the University of Phoenix, and also received an Honorable Mention from PR News Daily’s 2015 Nonprofit PR Awards.
View All Articles

Safety for Seniors
Rod Spurgeon is a professional writer, editor, and photographer. He writes a weekly column at ownyourdefense.net, is a content contributor at senior.com, and is the author of several science fiction novels and novellas.
He holds a Bachelor of Science degree in Global Business from Arizona State University and a Master of Business Administration degree from the University of Phoenix, and also received an Honorable Mention from PR News Daily’s 2015 Nonprofit PR Awards.
View All Authors