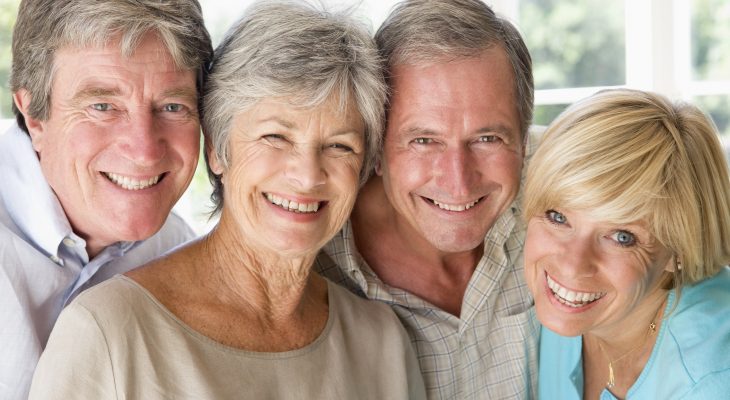 “We’re mad as hell, and we’re not going to take this anymore. We’re human beings, our life has value!”
These famous lines paraphrased from the 1976 movie, Network, flood my thoughts over and over again as I watch people close to me grow old in today’s forever young society which makes it increasingly difficult to age in America.
Like so many of my baby boomer generation, I was caught up in the youth movement- we didn’t trust authorities (due to the Vietnam War protests) and we viewed older people as frail. Boomers were the generation “that never expected to age” and now most of us are over 60 and considered old by younger generations. Today, most young people think older people retire, wrinkle, shrivel, and fade into the sunset.
We live in a youth-dominated America with doses of celebrity worship; aging is not cool. Young celebrities like Kim Kardashian are revered while the elderly are relegated to the backside of society. We spend billions of dollars on anti-aging creams and surgical procedures to eliminate the worn-look of wrinkles rather than view a wrinkled face as reflecting life’s experiences which took years to create.
I’ve witnessed the unintended consequences of America’s fetish with the fountain of youth. My heart drops every time I deliver a hot meal to ‘Miss’ Mary, an 89 year old African-American lady on my Meals on Wheels route every Tuesday morning.
Mary lives alone in a house in need of repair in Sebastian, Florida. In the three years I’ve been delivering hot meals to her, none of her five children have visited. Every Tuesday I see a frail, elderly woman sitting alone in a wheel chair watching overly enthusiastic contestants on the Price is Right on an old tube television. I don’t know why her children don’t visit but she deserves more life than this in her waning years. I guess some younger people are more concerned with their own lives than with the lives of people who brought them into this world.
A couple of blocks away, I deliver a hot meal to Ben, a 70-ish old white man living by himself in an old run down RV. Ben lives in squalor, it couldn’t be any less sanitary. Empty soda bottles and cans form a border around the living space, while cigarette smoke fills the air. Open cereal boxes, half-used plates and utensils, dirty clothes and an assortment of moldy food particles line the floor.
Ben is listless when I hand him his meal every Tuesday morning. Other than an occasional healthcare worker visiting him, Ben is a lost soul in our youth-obsessed society. His pride has been stripped away; he feels helpless, useless and ugly.
I suppose Ben is in God’s waiting room along with Miss Mary and countless other senior citizens experiencing similar fates. They are on the other side of life; standing on the sidelines watching a forever young parade go by.
The poor and destitute are not the only older people in God’s waiting room. Anti-aging attitudes have scorched a segment of the senior citizen population, ranging from the poor to wealthy, white to black and any person in between; living half empty lives in modest as well as lavish senior living communities across the nation. You can see it in their faces; it’s the same look that Mary and Ben display- a look of despair.
Many older people are ashamed and/or embarrassed to display some of the marks of aging in a ‘forever young’ society that too frequently labels ‘old’ as frail and useless. Wrinkles are ugly, wheelchairs represent helplessness, and hearing aids reflect weakness.
There is nothing inherently wrong with wanting to appear young if it makes us feel good, raise our confidence and promote a healthier lifestyle. The problem with forever young attitudes is not individual attempts to maintain a youthful appearance but rather the societal messaging that staying young is superior to growing old; that young is beautiful and old is ugly.
There is no shortage of organizations helping senior citizens live better lives every day, offering health care, home care and other support services as well as representing their political and economic interests. However well intentioned, these organizations treat the symptoms not the cause. America’s obsession with anti-aging is the root cause of many of the struggles experienced by the senior citizen population; treat the cause and most of the symptoms disappear.
We need to raise awareness to the stigma associated with senior citizens and aging, particularly for those older people who are drowning in the flood of youthfulness. Public relations campaigns (television, movies, radio, print and social media) with positive messaging about aging would help accomplish this; it will be a step in the right direction.
Winston Churchill once said, “Attitude is a small thing that makes a big difference.” People may hear your words, but they feel your attitude.
Imagine how television commercials featuring older people involved in community activities or working alongside younger workers would enhance the image of older people. Imagine the goodwill that would be created by public service ads showing younger people opening doors for elders, helping them with groceries or visiting them at nursing homes. Imagine the powerful influence of celebrity spokespeople promoting a senior-friendly movement and admonishing against forever young attitudes.
Whether or not you are currently a senior citizen, you can’t escape the fact that you will one day join these ranks. Celebrating rather than stigmatizing older people plays an important role in changing the way other generations view aging.
Actress Susan Sarandon said it best: “I look forward to being older, when what you look like becomes less and less an issue and what you are is the point.”
Dr. David Lereah