Is Aging In Place A Pipe Dream? 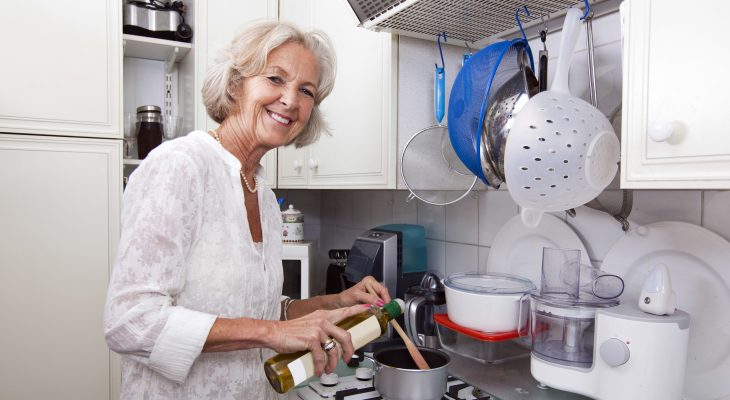 Former secretary of HUD Henry Cisneros’ mom lived in the house she and her husband bought in 1945 until last month, two weeks after her 90th birthday, when she was hospitalized, and the doctor said it wouldn’t be responsible to let her go home because her disorientation and forgetfulness would likely result in another incident. Cisneros reluctantly helped her moved to a memory care facility, and the visits are wrenching. “The truth is she doesn’t want to be there; she wants to go home. She ends up crying, and I want to go out to the car and cry,” Cisneros said in his keynote speech at a conference on housing and aging yesterday. Is Aging In Place A Pipe Dream?

Housing is the linchpin of our well-being, according to the AARP Foundation and the Harvard Joint Center for Housing Studies which held the conference in conjunction with the release of a new report, Housing America’s Older Adults—Meeting the Needs of An Aging Population. The experts explored the mismatch between the nation’s housing stock and Americans’ desire to age in place at home. And they issued a warning: as the baby boomers age and the number of Americans over age 85 swells (triples!) to 20 million by 2030, “our country must face the basic fact that we are aging and we are not ready,” Cisneros said.
Cisneros’ mom, Elvira, intended to live out her days in her 1920s bungalow in the West Side neighborhood of San Antonio, Texas where Cisneros was mayor before he headed the U.S Housing and Development Agency under President Clinton (he now heads housing developer CityView). Cisneros even held her up as a model of aging in place in his 2010 book “Independent for Life: Homes and Neighborhoods for an Aging America.”

Integrating housing and health services in new accessible multi-family buildings is one approach to the nation’s lack of affordable housing, but most Americans would rather stay at home, in a rocking chair on their front porch.

The reality is that for some people, you can age in place—but only up to a point. Most Americans live in isolated detached, single family homes in suburban or rural neighborhoods without access to transportation services. “The existing housing stock is unprepared to meet the escalating need for affordability, accessibility, social connectivity and supportive services,” the report concludes. The conference speakers offered a range of solutions. The audience favorite: Age-Friendly NYC’s program that enlists doormen (through the building services union) to refer tenants to city agencies and social services if they show signs of elder abuse or cognitive decline.
Here are some ideas for the rest of us. Is Aging In Place A Pipe Dream?
Pay off your mortgage. More than 70% of homeowners aged 50 to 64 are still paying off their mortgages in 2010, with an average loan-to-value ratio of 56%. And 40% of homeowners aged 65 and over are paying off their mortgages, with an average loan-to-value ratio of 45%.
Trying to get to a situation where you’re not facing mortgage payments in retirement is key, says 53-year-old Chris Hebert, acting managing director of the Joint Center. Herbert said he’s aiming to pay down his home loan in the next 10 years.  If your house is paid off, you can better handle property insurance, taxes, and day to day expenses, and have a cushion to pay for health care and caregiving services.
Renovate with universal design. “Where older people live now is likely where they’ll be living,” Herbert says, noting that people are making decisions about housing they’re going to occupy later in life in their 50s and early 60s. He tried to get his 63-year-old brother-in-law who was embarking on a major home renovation project to think ahead, but he didn’t do anything to make his house accessible. Nobody in the process—the architect or builder—egged him on to do so. One thing that allowed Cisneros’ mom to stay in her house as long as she did was ramps and an accessible bathroom that were originally installed for her late husband.
The five key features for an accessible home are: a no-step entry, single floor living, wide doorways, accessible electric switches and outlets, lever-style door handles and faucets. Only 21% of houses have at least three of these features.
Talk about who will help mom. Between 2015 and 2035, the number of people over the age of 75 living alone will nearly double from 6.9 million to 13.4 million, the majority of whom will be women. And the majority of those women will have caregiving needs. About one in four older adults has a cognitive, hearing, mobility or vision difficulty. By age 85, however, more than two in three adults face at least one of these difficulties.
The family care ratio is going in the wrong direction, notes Herbert, who says he pools resources with four siblings to care for his mom, but he and his wife have only two kids to eventually call on for caregiving support. And then there are the childless who will rely on friends and extended family to help them through old age. Of the youngest baby boomers, aged 50 to 59, 16% do not have children who might take care for them in older age, the Joint Center found.
“The Joint Center is often referred to as the Joint Center for gloom and doom,” Herbert  jokes. But the message he hopes people will take away is that individuals and their families need to recognize these issues and take steps now to prepare.
By Ashlea Ebeling,

Is Aging In Place A Pipe Dream?