Surprised by Symptoms: Parkinson’s Disease is More than Movement 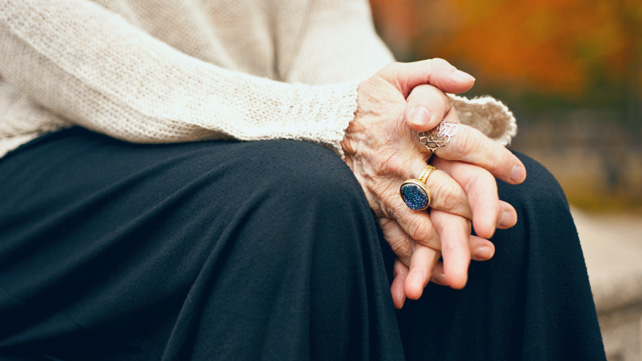 For the nearly 1 million Americans who live with Parkinson’s disease, experiencing and learning to adapt to lifestyle changes is a major aspect of coping with the disease. While they and their care partners may anticipate difficulties with movement, including symptoms such as tremors and stiffness, many are unprepared for non-motor symptoms that may also accompany a Parkinson’s diagnosis.

To learn more about how these non-motor symptoms affect the lives of those living with and caring for a person with Parkinson’s, a non-profit organization called the Parkinson & Movement Disorder Alliance (PMDAlliance) surveyed more than 650 people with Parkinson’s and their care partners.

Here are some findings and insights from the survey:

Non-motor symptoms of Parkinson’s impact most people with the disease.

Of those surveyed, more than 90% reported having experienced non-motor symptoms. These symptoms come in a number of forms, including:

84 percent felt that these symptoms had a negative impact on quality of life, with about half rating them as either more or much more challenging to live with than movement symptoms.

In response to a question about their Parkinson’s experience, one care partner said, “I wish [other people] knew that Parkinson’s looks different in different people. My spouse’s motor symptoms are fairly well controlled, but his REM sleep disorder and dementia have made our lives incredibly challenging and exhausting.”

When it comes to Parkinson’s, daily living is impacted by hard-to-see symptoms.

Parkinson’s disease changes how patients and their care partners think about the future and cope with day-to-day living. When asked how non-movement symptoms impacted their daily life, those surveyed reported at least some negative impact on the ability to:

When people with Parkinson’s experience non-movement symptoms, care partners are impacted, too. In fact, psychosis symptoms in patients with Parkinson’s are a strong predictor of increased care partner burden, and those with hallucinations have a 2.5-fold greater risk for nursing home admission.

Reporting symptoms is crucial in navigating life with Parkinson’s disease.

Even though non-movement symptoms are common, they are rarely reported. While approximately half of patients may experience hallucinations or delusions associated with Parkinson’s over the course of their disease, only 10-20 percent of patients and care partners spontaneously report these symptoms to their doctors.

It’s important to report all symptoms to a doctor (usually a neurologist or a movement disorder specialist), to determine the right treatment plan for both motor and non-movement symptoms of Parkinson’s.

“Those with Parkinson’s and their families are not alone. Talking to your doctor is just the start of getting support and treatment,” says Sarah Jones, CEO of PMDAlliance. “We urge the entire Parkinson’s community to continue initiating conversations about symptoms, especially the non-movement ones that greatly impact day-to-day living.”

This survey was sponsored by ACADIA Pharmaceuticals Inc. To learn more about the onset and impact of Parkinson’s disease psychosis, a non-motor symptom of Parkinson’s, or to receive a tool to assist you in talking with your physician and loved ones, visit PMDAlliance.org and MoretoParkinsons.com.