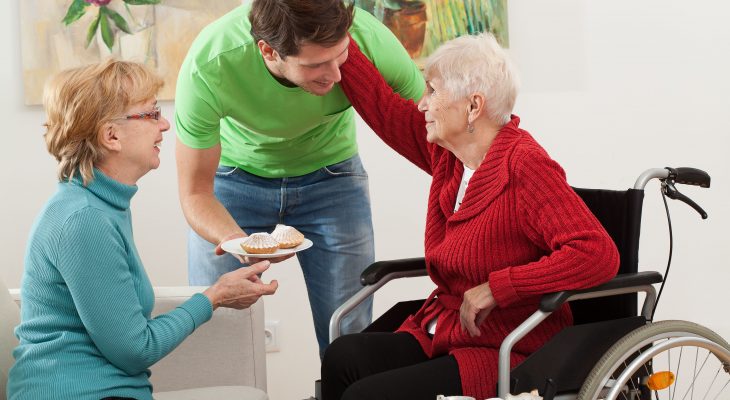 Getting criticized is unpleasant, especially from family or friends who don’t lift a finger to help care for your older adult! When you get a hurtful comment, take a deep breath and try to stay as calm as possible. Then, try one of these 3 responses. Responding to Caregiver Criticism
If it makes you feel any better, your calmness will only frustrate someone whose goal is to make you angry.
1. Acknowledge their concern, then ask what they’d suggest instead
When someone criticizes how you did something, it’s automatic to snap back defensively. But that’s only going to cause a shouting match that will leave your blood boiling and won’t stop the criticism from happening again.
Next time, acknowledge their concern and ask for their suggestions on how to improve. You might not be interested in their opinion, but because they’re probably expecting a fight, this response will surprise them and change the tone of the conversation.
For example:
Your sister says: Why did you give Mom a cheeseburger and chocolate milkshake for lunch? That’s so unhealthy! Are you trying to give her a heart attack?
You could say: I see why you’re concerned. The truth is, Mom’s appetite has been really bad lately. Her doctor says that anything, even unhealthy foods, are better than not getting enough nutrition. What other kinds of foods would you suggest?
2. Repeat the criticism back to show how it made you feel
Some people don’t think before they speak and don’t realize they’ve hurt your feelings or come across as critical. It’s possible to let them know that what they said was not acceptable without starting a fight. Do this by calmly repeating it back to them, but using an “I” statement.
Example 1
Your brother says: I’m too busy to help out.
You could say: I feel like you don’t value my time and take what I do for granted when you say that you’re too busy to visit or help out with Dad.
Example 2
Your adult child says: Why are you sending Dad to that adult day place? He doesn’t need that and he’s not like those other people! He should be at home with you. You’re always at home anyway.
You could say: It really upsets me when you tell me how I should be doing things without first understanding the real situation with your father.
Example 3
Your aunt says: This kitchen isn’t as clean as she used to keep it! And that living room looks like it hasn’t been dusted in weeks! Do you even try to keep your mom’s house clean?
You could say: It makes me feel unappreciated when you focus on what else needs to be done instead of recognizing all the things that I already do for my mom.
3. Politely stand up for yourself
Some criticism is completely out of line. In these cases, you should absolutely stand up for yourself. The trick is to do it calmly and politely. That way, the person saying those things will be more likely to listen to you and think twice before saying things like that again.
For example:
Your brother says: You’re obviously neglecting mom! You don’t even bathe her every day. She loves to be clean and shower every day.
You could say: I’m not neglecting Mom. Because of her Alzheimer’s, she’s developed a fear of bathing. Her doctor said that we only need to do it twice a week. Her clothes are always clean and she’s healthy, well-fed, and happy. It’s clear that I’m doing a great job caring for her.
Bottom line
Screaming at people who criticize you might feel good in the moment, but it doesn’t help reduce your stress or cut down on future comments. You might even feel worse later because you didn’t get your point across or say what you really wanted to.
The next time someone tries to tell you how you should be caring for your older adult, improve your own health by counting to ten and trying one of these responses.
By DailyCaring.com
Get free, practical advice to help you care for your parent or spouse. Visit DailyCaring.com for the most relevant and useful info about caregiving and aging. Stay up to date by signing up for email newsletters!