Gerontechnology is next hottest thing in Silicon Valley 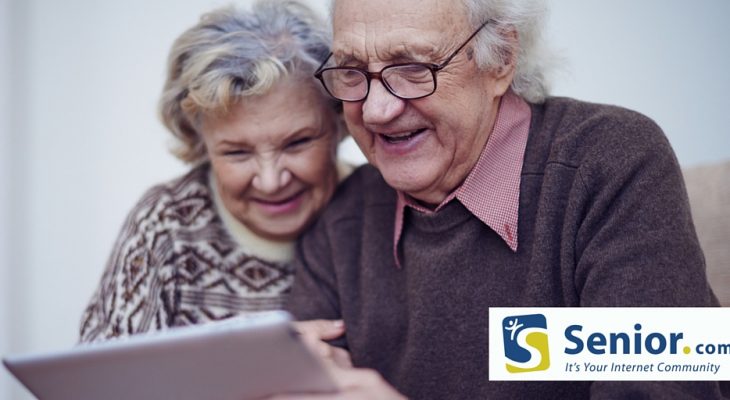 Ever heard of the word Gerontechnology? Probably not. This may be partially due to the fact that it’s a recently constructed buzzword currently rolling around Silicon Valley. But it also reflects an area of focus we have long been over looking: seniors. Gerontechnology is next hottest thing in Silicon Valley
Contrary to popular belief, older adults are more tech savvy than we may think. The 50+ age group is the fastest growing demographic online, and according to Home Care Magazine, 46% of baby boomers use a cell phone, 65% are active on social media, and a whopping 75% are digital buyers. Assuming that older adults are technically illiterate is inaccurate.
Gerontechnology is a scientific field of blending of gerontology with technology. With over 10,000 people turning 65 every day, this is a market about to explode, and building tech for the aging is at a critical tipping point. A recent study from Michigan State University researcher William Chopik finds that social technology use among older adults is linked to better self-rated health and fewer chronic illnesses and depressive symptoms.
“Older adults think the benefits of social technology greatly outweigh the costs and challenges of technology,” said Chopik, assistant professor of psychology. “And the use of this technology could benefit their mental and physical health over time.”
The Shared Economy & Technology is Transforming Aging
Still, when it comes to retirement, the sad truth is most older adults are financially unprepared. According to GoBankRates.com over 54% of adults age 55+ have less than $50K in the bank, and up to 46% do not have an extra $400 to cover an emergency. Tools to help older adults save or earn money, stay healthy and maximize resources are going to be critical for startups to solve.
The answer could lie in the sharing economy: PriceWaterhouseCoopers predicts the sharing economy will grow from a value of $15 billion in 2013 to $330 billion by 2025. According to Time, one in every five American adults has earned some form of income in the sharing economy, and another study by JP Morgan found that sharing-economy workers boosted their income by 15% through this flexible work option.
For older adults, the ability to monetize resources they already have – like cars (via Uber) and extra bedrooms (via tools like Airbnb), or even using their cell phones to reduce costly doctor visits (via iTriage) an app to identify when an illness or symptom requires going to the ER or a clinic– are transforming their ability to age in place.
Transportation: Grandpa is an Uber driver and loves it
Who would have imagined shared driving sites like Uber and Lyft would end up becoming a huge gig for retirees? Most older adults have cars and are rapidly becoming paid drivers for extra income, independence and being of service.
Uber created a partnership with AARP’s Life Reimagined, to directly recruit older adults to become Uber drivers, and now more drivers are over 50 than under 30. GreatCall, a San Diego company that makes simplified cell phones for seniors, is piloting a way for its customers to summon Lyft rides by pressing “0” on its phones, which are called Jitterbugs, to verbally request a ride from its operators.
Health: Grandma uses her phone to take medicine, check her blood pressure and FaceTime her doctor
Innovations in health tech are exploding too, and it’s a powerful example of successful gerontechnology. Apps like Pillboxie help keep track of medications, and iBP Blood Pressure allows for tracking blood pressure without a cuff, and social connection tools like Skype and FaceTime are used for telemedicine, and reduce trips to the doctor.
Housing: Aunt Marge is a landlord and loves it
Today there are over 40 million older adults living alone, and one in four divorces are over age 50. Many aging adults are socially isolated, running out of money and have limited options. Recent studies have shown the health risks related to social isolation are greater than smoking, diabetes or obesity.
Marge Brody is 72, has been single for 20 years, and regularly rents out rooms in her home to medical students, fellow divorcees in transition, or retired elders. “I love it,” she laughed, “My home is always full of life, and I earn more than I would at a job so I can take the time to travel and enjoy life.”
A majority of older adult homeowners have an extra bedroom or two that they underutilize and can be monetized to an average of close to $9K per year, per bedroom. Gerontechnology is next hottest thing in Silicon Valley
Technology for older adults is technology for everyone. After all, age is only a number, and aging is something we are doing each and every day. Gerontechnology is next hottest thing in Silicon Valley
By Wendi Burkhardt
Wendi Burkhardt is the CEO of Silvernest, a home-sharing service that pairs homeowners with roommates, allowing boomers, empty nesters and retirees to age in place and positively impact the future of aging and homeownership. She has more than 25 years of experience and is frequently tapped to speak at aging, tech and business conferences.
Gerontechnology is next hottest thing in Silicon Valley

Gerontechnology is next hottest thing in Silicon Valley