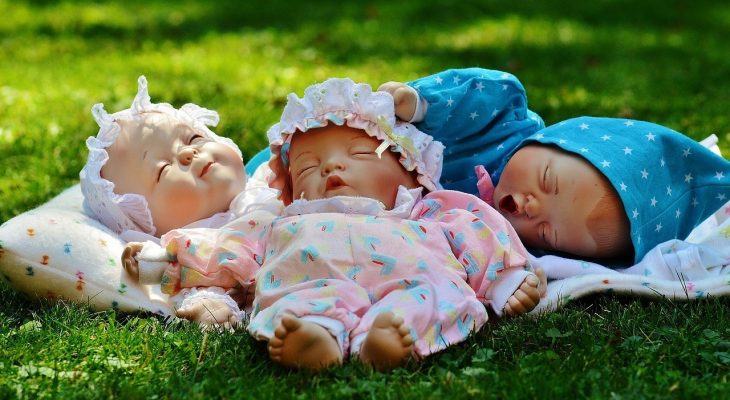 A video has gone viral on social media. It’s of a grandmother holding a doll reacting to it as though it is a real life baby. The video is so touching that people from around the world have shared it on their personal Facebook page. I thought it was important to discuss it in my blog because it’s a great idea for people. Dolls Help with Dementia
Maxine, the granddaughter of Lilly, says:
“Her dementia was progressively getting worse to the point that she had forgotten most family members and her mannerisms became more child like so I thought maybe a doll would help to keep her mind occupied.”
It worked! Dolls Help with Dementia
Maxine recorded a video of her grandmother reacting to the doll, and it’s been viewed two million times. Lilly immediately took to the doll, and treated it like a baby. Even though Maxine told her it was a doll, Lilly doesn’t want to hear it. She cradles it, burps it, and wraps her up in a crochet blanket for warmth.
Her family finds Lilly is much better now than she was before. She feels as though she has a purpose in life. She talks, kisses, and even sings to “the baby.”
This doll has brought joy to Lilly’s life. It’s something that everyone should know about because there are so many people out there who are struggling just like Lilly. They are losing touch with reality. They don’t know what to do about it either because their condition continues to progress. However, with something that can hold onto like Lilly’s doll, there is a lifeline – something to hold onto.
This is so important! Family members need to try it. The heartache of dementia can be heart-wrenching, but this is hope. This gives them something to try that hasn’t be recommended by people often, if at all.
Many universities and facilities around the world are asking to use the video in their classes and workshops. They want everyone to know about the effect Baby Annabell Doll has on someone with dementia.

Doll therapy has been used before, but it hasn’t had a lot of attention until now. A nursing home reported that when they used doll therapy, they saw a significant reduction in medication reliance.
One of the reasons doll therapy may not have caught on as quickly as it has now is because many people have criticized it. They believe it is an insult to the person suffering from dementia. Since they often exhibit child-like behaviors, giving them a doll may seem as though they are being made of fun of, but that’s not the case at all.
Dolls are an effective way for dementia sufferers to deal with the stress of their condition. They may not be able to remember things or process information the same, but they still feel emotions. Those emotions are what keep their connection to themselves alive.

I’m Kendall Van Blarcom, the founder of Van Blarcom Consulting. For over 25 years, I have provided personal consulting and counseling to over 1,000 clients around the world.

I am a licensed marriage and family therapist (MFT) based in California. I have decades of consulting experience and a genuine desire to help my clients.

I’m Kendall Van Blarcom, the founder of Van Blarcom Consulting. For over 25 years, I have provided personal consulting and counseling to over 1,000 clients around the world. I am a licensed marriage and family therapist (MFT) based in California. I have decades of consulting experience and a genuine desire to help my clients.