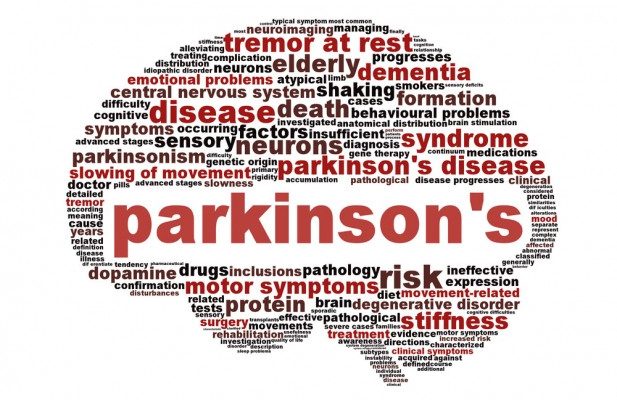 I have spent the majority of my life surrounded by Parkinson’s disease, which affects over 1 million Americans. Both of my parents passed away from complications related to the disease and my sister was recently diagnosed as well. Beyond the debilitating and recognizable motor symptoms (such as freezing), my loved ones also developed Parkinson’s disease psychosis (PDP), a common aspect of the disease characterized by hallucinations and delusions, and affecting more than half of all people with Parkinson’s over the course of the disease. Caregiver’s Asylum from Parkinson’s Psychosis
PDP is a common, but still very misunderstood, especially for a caregiver. I know firsthand how emotional and frustrating it can be. I’ve since learned that research has shown there is a strong correlation between the onset of psychosis and increased stress by those who care for PD psychosis sufferers.
My father, John, was the production manager on the control panels for the Gemini, Mercury and Apollo Space missions. It made little sense to me when an intelligent man, like my father, said he saw old colleagues from the space program gathered at our kitchen table. It was as if he was re-living an event from over twenty years prior with people who weren’t really in the room with him. As a result of my parents’ illnesses, I elected to move back home to New Jersey to care for them and gave up a dream career opportunity in Nashville. I didn’t regret my decision, but it did change my future path. Caring for my parents was challenging and there were times I felt alone and unsure how to cope. I often second-guessed myself, taking on guilt and regret over the many decisions I had to make on my parent’s behalf.
More recently, my sister, Judy, was diagnosed with Parkinson’s disease in 2014. The disease forced Judy to end her career as an English teacher and social worker, move out of her home, and, like our father, she began to experience PDP. Judy frequently sees snakes on her hand, men in the trees, babies upstairs, dogs at the door, or even barbershop quartets in walls. One day she ran out of the house after a car because she thought she saw her daughter, whom she had been missing, in the front seat. But, like my dad’s episodes, her daughter wasn’t really there. Additionally, Judy has been struggling with depression and as her sister it is very distressing to see your loved one so down. My dear sister had a great sense of humor, but today her delightful personality is overshadowed by hallucinations.
Caring for a loved one can be overwhelming, which is why it’s important to have an outlet to find a balance. For me, that has been raising awareness for PDP and becoming active in the Parkinson’s disease community to help others who may be in the same situation realize that they are not alone.
My experience with PDP gave me the purpose and passion to make a difference. In January of 2016 and 2017, I performed a song I wrote at the Light of Day Winterfest, a non-profit to fight Parkinson’s disease, ALS and related complications. As a songwriter, there is nothing like performing on stage in front of an audience. There is something very special about connecting with your audience – in this case, caregivers or patients – about something you can all relate to.
In addition, one of the most rewarding experiences of my life was the opportunity to testify about the impact of Parkinson’s disease psychosis on me and my family at the FDA hearing in DC to evaluate the first treatment for hallucinations and delusions associated with Parkinson’s disease. It was thrilling when the FDA approved the medication for the treatment of hallucinations and delusions just a few weeks later in May 2016. I felt like my participation at that meeting benefitted the entire Parkinson’s disease community.
At its most basic level, advocacy means to help or assist. As I shared my story, I felt comfort and camaraderie among the other caregivers and advocates I’ve met along the way. Through raising awareness of PDP, I am hopeful that patients with PD, like my sister Judy, will have the opportunity to access better treatments that were not available to our parent’s generations ago.
To learn more about PDP and how you can become an advocate, visit National Parkinson Foundation at caremap.parkinson.org.
By Mary Ann Conway
Caregiver’s Asylum from Parkinson’s Psychosis Caregiver’s Asylum from Parkinson’s Psychosis Caregiver’s Asylum from Parkinson’s Psychosis Caregiver’s Asylum from Parkinson’s Psychosis Caregiver’s Asylum from Parkinson’s Psychosis Caregiver’s Asylum from Parkinson’s Psychosis