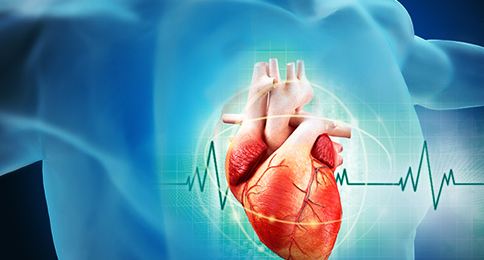 Have you ever wondered what your greatest risk is if you have irregular heart beat/atrial fibrillation, commonly known as Afib?  A stroke is commonly what most people worry about, but as you will read in my case, the risk of bleeding from blood thinners can also be another risk.  What options do you have?

For more than four years I dealt with fatigue that was indescribable. I wore heart monitors and made many visits to cardiologists, pulmonologist, gynecologist, and primary care physicians as they all tried to figure out what was going on, but the fatigue continued.

In February 2009, I was having stomach issues and my primary care physician set up for me to have a CAT scan and ultrasound, as he thought my gall bladder might be the issue. As a result of the CAT scan, it was determined there were issues with not only my gall bladder, but also with my heart. Following the scan, an ultrasound found that I had a tumor in my heart.

In March 2009, I had open heart surgery at Vanderbilt University Medical Center and a benign atrial myxoma was removed. The tumor was the size of a racquetball. Following surgery, and while still at Vanderbilt, I had several episodes of atrial fibrillation (Afib). When I returned home, these irregular heart beat episodes continued.

My home is in Paris, Tennessee, which is about 2 hours and 15 minutes from Nashville.  I was transported by ambulance back to Vanderbilt three times following surgery due to Afib.

Afib increases the risk of stroke, so following heart surgery I was told to take 81mg of aspirin (baby aspirin) to reduce this risk. That was the only blood thinner needed for several years. Around 2013-2014, I began having noticeable Afib issues again and was prescribed a blood thinner in addition to the aspirin.  After several medication changes, an internal loop monitor was implanted in July 2016.

During the first week of September 2016, I was experiencing extreme fatigue due to Afib.  But by the third week of September I was feeling better.  I had a girl’s trip planned to New Mexico, so decided to go ahead with my trip. I flew back to Nashville and was not feeling great, but thought I was just tired as my returning flight had been delayed. I got to my car to exit the parking area and could not figure out how much money to pay to exit. It was 2:00 a.m. and I was exhausted, so was not too concerned. My husband has reserved a hotel room close, so I did not have to drive the 2+ hours home.

I tried calling the clinic, but I could not dial the number. I called my husband and he took me to the local ER. It was determined quickly that I had a brain bleed, so I was flown by helicopter back to Nashville.  Immediately I was taken off blood thinners, which was very concerning.

After being hospitalized for four days I returned home to recover and get back to “normal”, which was a struggle. I still was off blood thinners as it was determined that a combination of the blood thinner, altitude changes, and flying possibly attributed to the brain bleed. Even knowing this, there were no words to express the anxiety, panic and concern that I felt not having blood thinners to “protect” me from stroke.

I was truly interested in an option that would allow me to not have to take blood thinners due to my previous experience, but provided protection from stroke. Blood thinners- no matter the brand- were concerning due to bruising as well. The smallest injury caused bleeding that was difficult to stop. Working in the yard or any activity either inside or outside always seemed to lend itself to some kind of injury. My arms and legs always looked like I had been in a fight.

I am very thankful for cardiologists that worked to figure out the next step that was best for me. After many calls, doctor appointments, and some research on my own it was determined that a left atrial appendage closure implant was the best next step for me. The implantwould allow me to not take blood thinners, which was the answer I was searching for.

The devicewas implanted April 2017.  By October 2017 I was totally off blood thinners, other than taking a “baby aspirin.” I can now work in the garden and yard, take my great nephew and nieces to the park, and just do things I enjoy.

Your first question may be….do I still deal with Afib? And the answer is “yes”, but I do not worry about the blood pooling that might cause a stroke. The peace of mind I have now since I had the deviceimplantedis truly wonderful.

I would share with anyone that talking to your physician and discussing issues you are having with your current treatment would be a good first step. I found it helpful to do some research myself and find out as much as I could about different treatment options for Afib. As I did research, the website www.WatchUsNow.com was a helpful resource. Another site that shares information about AFib and treatment is StopAfib.org.

Boston Scientific is a corporate contributor to StopAfib.org, a supporter of WatchUsNow.com, and has reviewed this article for technical accuracy.