The Basics of Medicare & Choosing the Right Plan 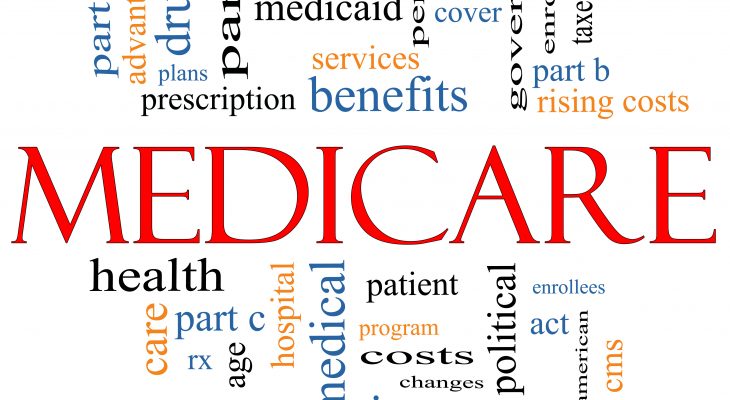 When you reach 65, you face an important milestone: You are now eligible for Medicare.
Contrary to popular belief, Medicare is not free, and it’s important to understand the ins and outs of Medicare before you sign up. Making the wrong choices can be expensive.
Even if you’ve been on Medicare for years, you may want to re-evaluate your options annually to make sure you’ve got the right plan. The annual open enrollment period, during which you can switch Medicare plans, runs Oct. 15 through Dec. 7.
“I think everyone should consider switching,” says Lita Epstein, author of “The Complete Idiot’s Guide to Social Security and Medicare.” “Plans change, benefits change, and the premiums change.”
It’s especially important to re-evaluate your options if you have a Medicare Part D drug plan or a Medicare Advantage plan because those plans can change significantly from year to year, dropping and adding drugs and doctors or changing copays and deductibles. “Even if they’re completely happy with their plan, they have to look because things change,” says Diane J. Omdahl, founder and Medicare expert at 65 Incorporated, which helps people choose Medicare coverage.
Medicare plans are actually broken into multiple parts:

The first big decision Medicare beneficiaries must make is whether to go with traditional Medicare (parts A, B and D) or a Medicare Advantage plan (Part C). Medicare Advantage plans have lower premiums, but they usually require members to get their care only from network doctors and hospitals. Both options have deductibles, copays and co-insurance, where you pay a percentage of the bill.
“They look at their lives, they look at their health, they look at their pocketbooks, and they chose the parts they want,” Omdahl says.
Those who choose traditional Medicare usually add a Medigap policy, which is a supplemental policy that covers what Medicare doesn’t. There are 10 types of Medigap policies, offered by private insurers or via groups such as AARP, and costs vary considerably, based on gender, age, health, whether you smoke, location and company. Weiss Ratings found the national average for Plan F, the most popular option, was $162 to $5,674 annually.
“You can go through your life with just A and B, but the out-of-pocket costs will get you,” Omdahl says. The reason is Medicare lacks a maximum for out-of-pocket costs. But with a Medigap policy, most of those costs are covered.
About 32 percent of Americans are expected to choose Medicare Advantage plans next year, according to the CMS. Those plans, a combination of HMOs and PPOs, have an out-of-pocket limit. But customers tend to pay more in copays and co-insurance than they do with traditional Medicare, plus have access to fewer doctors and hospitals. Some of the plans include vision, dental and hearing coverage, which is not covered by traditional Medicare, but those services are offered from a limited network of providers.
“If you’re healthy and you’re younger … it can be cheaper,” Epstein says. “If you absolutely can’t afford to take a Medigap supplement, a Medicare Advantage plan is going to be the best option.”
Her advice to those who can afford it, however, is to choose traditional Medicare with a supplement because that option offers greater access to top specialists and doesn’t require the insurance company to approve specific treatments. “Managed health care is going to be managed by the insurance company,” she says.
“It’s very, very important that you look at those copays and compare them,” Epstein says. “By the time you figure in one hospitalization, it’s about the same,” she says of the total cost of traditional Medicare and Medicare Advantage plans.
No matter what your retirement age, you become eligible for Medicare when you turn 65 and you can sign up the three months before your birthday, your birth month and the three months after. If you don’t sign up during this seven-month period, even if you’re still working, you may face a long-term penalty. “They cannot wait until the last minute because of the backlog at Social Security,” Omdahl says.
If you start with traditional Medicare and a Medigap supplement, your supplement rate is not based on your health record. But if you start with a Medicare Advantage plan and then switch to traditional Medicare later, the company offering the supplemental coverage will base your premium on your health history and may even deny coverage. “It’s a real risk because everybody’s going to get something as they get older,” Epstein says.
Americans who are very low income may be eligible for extra help with Medicare premiums and health care costs. Beneficiaries in this financial situation can find additional guidance from Medicare.gov.
The system is complex, and most people should seek help when choosing a plan. There is lots of information at Medicare.gov, at AARP.org and on the Consumer Reports website. If you’re considering several Medicare Advantage plans, call the company that offers each one to verify that the coverage is what you think it is.
You can find ratings of Medicare Advantage plans from the National Committee for Quality Assurance. You can also get phone or in-person help from your State Health Insurance Assistance Programs. Those agencies often maintain office hours at senior centers or other locations.
By Teresa Mears of US News & World Report