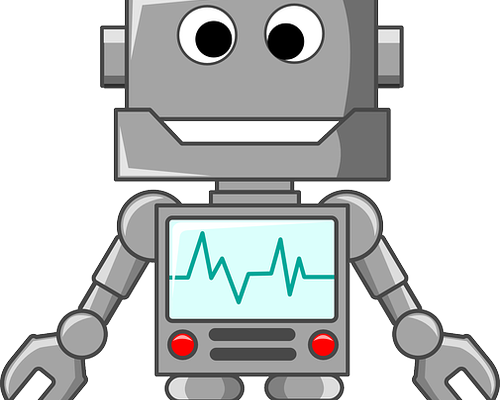 These days our golden years are radically different from how they were when our parents reached them. People are living longer than ever these days and enjoying better health while doing it. There are over 50 million people in the US age 65 and older, and that number is expected to rise to over 90 million by 2040 as the last of the baby boomers finally reach that landmark. Seniors aren’t slowing down much at all and with constantly improving technology they don’t have to. Technological and medical breakthroughs are making their quality of life better than ever before. Let’s look at some of the robotic technology that’s making that possible.  Robotics Revolutionizing Senior Lifestyles

Robotics Around the House

Household robotics aren’t really anything new. They began with the Roomba, the robotic vacuum that cleans rugs and floors all by itself. Since then there has been a flurry of other brands hitting the market, some more affordable than others. What they all have in common though is that they’ll clean your floors without the hassle of traditional vacuums, which often need to be dragged around and plugged in somewhere. Seniors will find them very useful especially those with back or knee problems.
There are also robotic mops that will clean hard surfaces the same way. They can detect the type of dirt they encounter and then use either a wet cleaner and scrub pad or simply vacuum it up. No one enjoys mopping floors, least of all seniors, but it has to be done, especially with pets and grandbabies around. A robotic mop makes it much easier and less physically taxing.

For the more technologically adventurous seniors, there are personal robots available now. They move about freely on their own and can do things like grab objects, sweep, open doors and deliver food and prescriptions. Seniors who participated in focus groups about these robots felt positive about them, as long as they and not the robot remained in control.
There are also studies being done on whether such robots would be good for providing companionship and comfort to lonely seniors. When surveyed seniors said, they liked the idea but only if they didn’t have to give up any of their independence to it. Experts say such robots would be designed to assist, but only as much as the senior wanted it to.

Memory loss is a very real issue for many seniors, which is why a gentle reminder from a voice command personal alarm system such as Reminder Rosie is so useful.  The gadget allows caregivers to record instructions such as ‘remember to take your pill at 11am Dad’.  The personal touch is comforting to those who use it, and promotes independent living in seniors who need to maintain a healthy routine. This is also an innovation that is popular with caregivers as they feel that the ‘nag factor’ has been removed from list of their daily responsibilities.

For seniors who have swimming pools, there are even robotic pool cleaners. Pool cleaning is pretty strenuous and some seniors may not feel up or it or simply don’t want to spend the time, yet would rather not be locked into a contract with a pool company. The robotic pool cleaner is an excellent alternative, so seniors can keep their pools and benefit from the low impact exercise it provides them.
Robotics is changing lives every day and seniors are no exception. Robotic technology can help them stay independent and have more time to spend doing things they love. Right now we have pool cleaners, vacuums, and robots, but you can expect much more of this type of technology in the years to come.
By Jackie Edwards
Now working as a writer, Jackie started her career in finance and banking, but after becoming a mom refocused and decided to spend more time with her family. When she’s not writing, she volunteers for a number of local mental health charities and she looks after her parents who live close by. Her father is beginning with the early stages of Dementia and Jackie feels it important to research as much as possible into helping seniors live their final years in comfort.