CBD vs THC: What You Need To Know 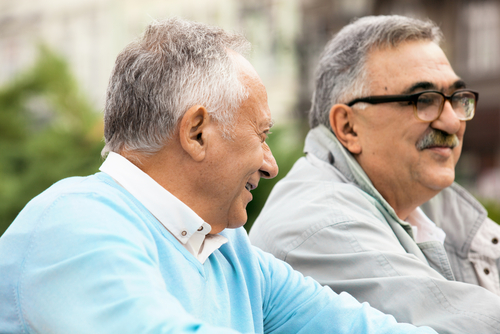 Can CBD Oil Get me high?

If you’re new to CBD, you might be wondering if it can get you high. To answer your question, absolutely not. CBD oil does not get you high, and you wouldn’t even be able to get high from CBD oil if you tried for a thousand years. CBD oil does not contain any psychoactive components and does not affect or influence your mind or behavior unlike THC. CBD and THC both have their own different uses and effects on users. Comparing these two is like comparing an apple to an orange. While they have the same genetics, there is a slight difference in their atomic structure that results in an incredible difference.

What are cannabinoids and how are they relevant to CBD & THC?

There are over 80 different cannabinoids in the cannabis plant. However, the two most well- known and researched are THC (tetrahydrocannabinol) and CBD (cannabidiol).

If you’ve heard of CBD, THC, or are even a user, you might have heard of the word cannabinoid. If you don’t know what a cannabinoid is, it is a chemical compound secreted by cannabis flowers or hemp when extracted. From recent studies, these cannabinoids can help mediate communication between cells in the endocannabinoid system in the mammalian body.

Structures of THC VS CBD

While both of these cannabinoids have similar chemical formula, their atoms are arranged differently.

Tetrayhydrocannabinol, or THC, is the primary psychoactive ingredient in cannabis. It is the most well known cannabinoid and is known for causing a “high” feeling. Strains with high THC levels are potent and can cause intense euphoric feeling. THC has been shown to help improve moods in patients, and even make the difficulties of certain treatments such as chemotherapy easier, by alleviating certain symptoms such as pain or nausea.

THC was the first phytocannabinoid that was discovered and has been much more extensively researched than CBD. We know with fairly high certainty that THC is strongly psychoactive and can be intoxicating even in small amounts. This means that THC can alter your behavior and cause you to lose control of your faculties, properties that make it a popular (illegal) recreational drug in the form of marijuana.

The DEA considers it illegal, and yet it remains available online and in retail stores around the country. So why is this? Many CBD companies will sell products labeled “CBD only” where these products may contain other compounds or cannabinoids, including THC.

In many states with either legal marijuana systems or ones that allow for the possession of CBD products, there are thresholds for determining a CBD product. In many states, it is a “CBD-only” product if it has less than 0.3 percent or 0.5 percent THC. However, any product that contains THC, even in small amounts, is considered marijuana under federal law. The federal government regulates drugs through the Controlled Substances Act (CSA) (21 U.S.C. § 811), which does not recognize the difference between medical and recreational use of cannabis.

How does THC work?

When THC penetrates the brain, it stimulates the cells to release the substance called dopamine, which activates the cannabinoid receptors and affects the brain in various ways. The initial state is normally a relaxation with a mellow feeling. The eyes may dilate, and other senses will enhance. More reported effects include a mix of emotions such as happiness and elation, unease and anxiety, relaxation and pain relief.

THC, acting through cannabinoid receptors, activates the brain’s reward system, by stimulating neurons in the reward system to release the signaling chemical dopamine at levels higher than typically observed in response to natural stimuli. This influx of dopamine contributes to the pleasurable “high” for those who use recreational marijuana.

So What is CBD?

Cannabidiol (CBD) is one of the many active cannabinoids identified in cannabis. It can be extracted from marijuana or industrial hemp.  It is a major cannabinoid, accounting for up to 40% of the plant’s extract. You may be familiar with another compound called Tetrahydrocannabinol (THC), which produces the “high” feeling. However, unlike its psychoactive counterpart, CBD does not have any psychoactive properties and can actually counteract the psychoactivity of THC. CBD is a natural alternative which has been found to have many significant medical benefits.

Since then, CBD has become very popular recently and appearing in local grocery stores on shelves, with no medical card required to purchase. Many customers have been using it for a variety of ailments and although there has not been scientific conduct that CBD is proven to have medical benefits, there have been many successful user testimonies.

How does CBD work?

Cannabinoids help coordinate and regulate how we feel and think by binding with the endocannabinoid system’s CB1 and CB2 receptors. Fitting like puzzle pieces, cannabinoids are designed to link together with the cannabinoid receptors. Linking activates the receiving neuron into action, triggering a set of events to pass along the message and carry out a variety of cellular responses needed for homeostasis and healthy functioning.

Where does Medterra get their CBD from?

All of Medterra’s CBD is extracted from a non-GMO industrial hemp farm, located in Kentucky, USA. Please note that while THC comes from cannabis, Medterra’s CBD comes strictly from hemp. An important factor is the quality and purity of our CBD. We chose the Kentucky farm collective because of the quality of the hemp plants being grown under the Federal Farm Bill and in conjunction with the Kentucky Agricultural Department Hemp Pilot Program. There are very specific guidelines for planting, growing and the processing of the CBD isolate. As a result, the quality of the CBD produced from the whole plant is some of the purest available. Another key factor is we are truly able to claim our CBD is derived from US grown hemp from start to finish. We take great pride in providing our clients with an extremely pure, clean and high-quality product to those who desire CBD.

Our products are legal, and Medterra is proud to be apart of Kentucky’s Industrial Hemp Research Pilot Program which means we are fully licensed to grow and process industrial hemp in Kentucky, USA. All of our industrial hemp is grown and extracted in accordance with the strict guidelines of the Kentucky Department of Agriculture. Growing under the Kentucky Hemp Pilot Program is also 100% compliant with Section 7606 of the 2014 Farm Bill, which means harvesting and distributing is 100% legal at the federal level.