5 Most Important Devices for Seniors 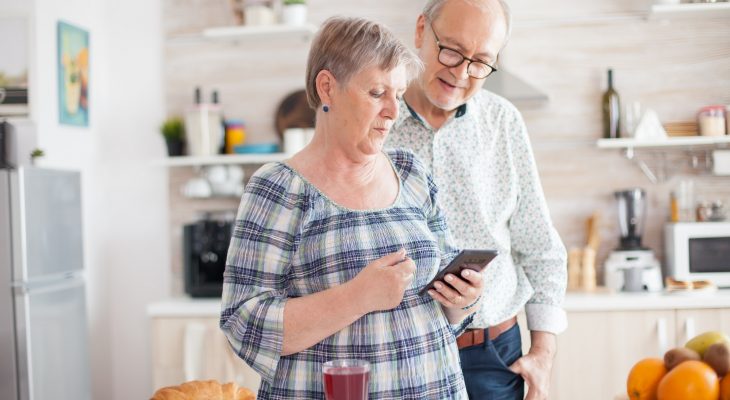 The market for wearable medical devices is becoming one of the fastest-growing in the consumer electronics segment. This is due to the increasing role of “age-appropriate” users in the economy and concern for improving their quality of life. “Snob” studied this and other types of modern gadgets, which are difficult for older people to do without.

Most gadget manufacturers see as their main target audience people under 30, technologically advanced and ready to experiment with new devices and technologies, but older people often turn out to be an equally, if not more, attractive target audience.

In the U.S., for example, as of 2020, 16.6% of the population was age 65 or older, and the Department of Health predicts that number will rise to 21.7% by 2040. To win the attention of this audience, manufacturers have to look for fundamentally new approaches to gadget development.

The most obvious technique for manufacturers is to add the prefix “smart” to devices already familiar to seniors, such as pill containers. Such devices connect via Bluetooth to a smartphone and monitor the frequency of medication intake and can signal either the owner himself or his doctor or relatives about missed medication intake. One of the best-known manufacturers is the U.S. company Tricella, its smart pill container sells for $59 on Amazon.

Another U.S. company, AdhereTech, offers a smart pill container that, in addition to monitoring medication timing, can measure the number of pills remaining to avoid cases where the drug suddenly runs out or the patient takes too much medication, which can cause an overdose. AdhereTech works directly with clinics and pharmaceutical companies without offering its devices at retail.

The startup Abiogenix created its smart pill case, which, among other things, can be remotely blocked if a patient abuses the medication. The development is promising, but mass sales are still a long way off.

In the same category are blood pressure monitors and electronic glucose meters that connect to a smartphone and allow blood pressure and blood sugar levels to be plotted, or to signal sudden changes and even send an alarm to the doctor if readings reach threatening levels.

One of the first smart glucose meters was introduced back in 2013 by iHealth Labs, a major manufacturer of medical gadgets, at the CES exhibition in Las Vegas. Subsequently, one of the largest smartphone manufacturers, Xiaomi, bought a stake in the company – now the iHealth Labs smart glucometer sells for about $40.

Quite a number of manufacturers offer smart watches aimed at seniors: such devices usually have a larger screen and larger icons, as well as a physical alarm button on the case.

Among the most famous projects is the Omate Wherecom S3 from the Chinese company Omate, which originally specialized in children’s smart watches. Unfortunately, these watches can do nothing special but count heart rate, sound an alarm and inform about the whereabouts of an elderly person, and the size of the dial will in any case be a problem for people with impaired vision, so the advisability of buying such a device for $150 or more is left to the discretion of the potential owner.

The American company CarePredict’s Tempo project looks a bit more promising. Tempo is a wrist device without a screen that has a two-way voice communication function that can be activated by the owner or a person whose smartphone is entered into the device’s memory, but that is not Tempo’s main function. The device is equipped with several sensors, which in addition to the standard pulse counting are able to determine what the person is doing: whether he brushes his teeth, lies down, sits, eats or drinks.

CarePredict has developed a complex system of behavioral patterns based on a neural network that studies a person’s habits and is able to independently determine if his or her behavior becomes suspicious. For example, according to the authors of the project, the system is able to determine if a person is unwell, often before he or she realizes it himself or herself. The basic price of the device is $160.

For the elderly, who are no strangers to considerations of prestige when choosing devices, Swiss Limmex offers a wristwatch with alarm button and location detection, made in the tradition of Swiss watch design, for $400 and up.

Another important category of devices for the elderly focuses only on solving certain problems that are common to many, but not all elderly people. For example, the American company Lift Labs has designed a spoon for people suffering from Parkinson’s disease.

The device detects hand shake using an accelerometer and compensates for it with a special electrical device. In September 2014, Lift Labs was bought by Google and is now part of Google X’s special projects department; the spoon itself can be purchased online for about $200.

The American company HoneyCo offers smart home technology for consumers who are not always confident with their smartphone, primarily for the elderly who have decided to live independently and not move into a nursing home or with relatives.

The HoneyCo smart home uses a system of a large number of sensors connected to all household appliances; this system monitors all events occurring in the house and sounds an alarm if something has deviated from predetermined scenarios. For example, the homeowner’s children may receive an alarm if the kitchen stove is left on longer than a preset time, a door or window is left unlocked overnight, or if the homeowner has not been outdoors and has not shown any activity for longer than a preset time.

A separate direction in the development of gadgets for the elderly is serious and expensive devices that have not yet been used in mass practice, but in the future may dramatically change the way people with disabilities live and feel. For example, exoskeletons that would allow anyone to lift heavier than their own weight and cover distances inaccessible even to trained athletes.

Tanner Wilson is a history tutor and works as an essay writer in his spare time. If you are a student and need the professional assistance, Tanner advices you the best paper writing service